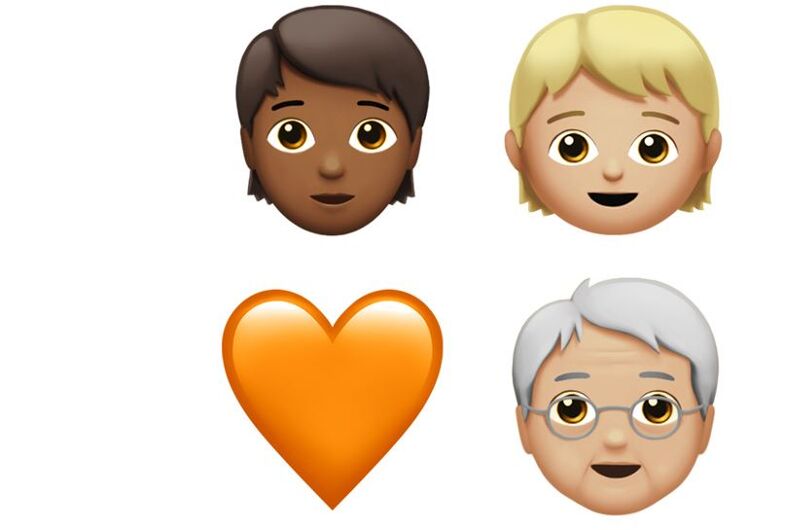 Gender-neutral emojis are coming! As well as an orange heart, allowing you to make a full rainbow.Photo: Apple

Gender-neutral characters are among the new emojis coming in Apple’s latest update.

The gender-neutral emojis will come in a variety of skin colors, and in three categories of age: Children, adults, and seniors.

An orange heart will be included, allowing you to make a full rainbow of hearts for the first time.

A cute as a button boy fairy will also be included, as will a hand making the sign language gesture for “I love you.”

The new emojis make their debut next week’s developer and public beta previews.

apple are bringing out new gender neutral emojis. 2017 is amazing.

So excited for those gender neutral emojis!