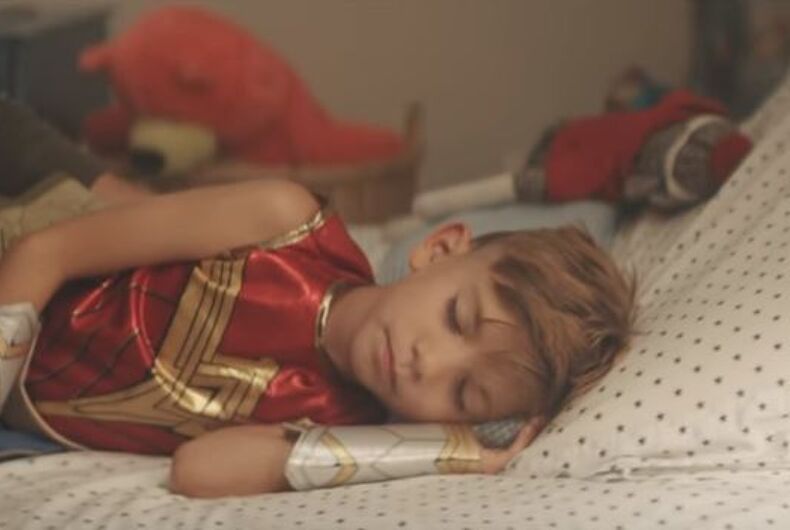 A boy dressed as Wonder Woman in a new video that takes a shot at gender stereotypes. Photo: YouTube/Landwirth Legacy Productions

The video, produced by Landwirth Legacy Productions, begins with two kids, a boy and a girl, carving pumpkins with their dad: One bearing the Batman logo, the other the Wonder Woman logo.

It isn’t clear who carved which, but it becomes clear that their choices are meant to match up with their costumes, brought out by the mom. The father looks nervous.

“Their costumes are going to look awesome,” the mother assures him.

Next, we see the kids go out trick-or-treating, but without ever seeing their faces.

The big reveal comes at the end, once the kids have fallen asleep and are carried up to bed.

“My heroes,” he says, watching them sleep.

“Whoever you want to be,” text appearing on the screen reads. “#MyHeroes.”

“This 2-minute digital PSA was written by Alexander Day and Brian Carufe, directed by Almog Avidan Antonir, and produced by the team at Landwirth Legacy Productions, as means to challenge gender stereotypes when it comes to children’s Halloween costumes,” the company shared.

Netflix will end ‘House of Cards’ after this season