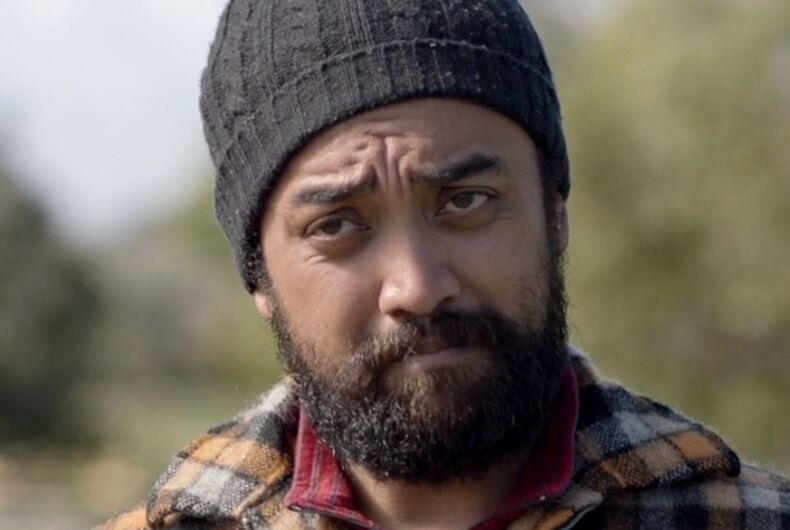 A youth organization in New Zealand made an ad that tells people not to use the word “gay” to mean “bad,” and it went viral.

Rainbow Youth is an LGBTQ organization in New Zealand, and this past week they released their first national ad campaign.

The ad shows a man on a farm who drops his pie and says, “Aw, gay.”

Another man tells him “That’s not gay at all, it’s deeply disappointing.” Several other men appear and together they explain that the only way a pie can be gay is if it’s a man who loves men or a woman who loves women.

At the end, he finds out that one of his coworkers is “quite gay.”

The video has been viewed almost one million times on Facebook.

Executive director Frances Arns said that she has been overwhelmed by the positive impact of the video.

She said they wanted to address the importance of inclusive language, as it’s something that’s often overlooked. “Sadly, [the word gay] is commonly used as a pejorative, to describe something negatively. This perpetuates homophobia, and can be especially challenging for young people as they’re developing their identity.”