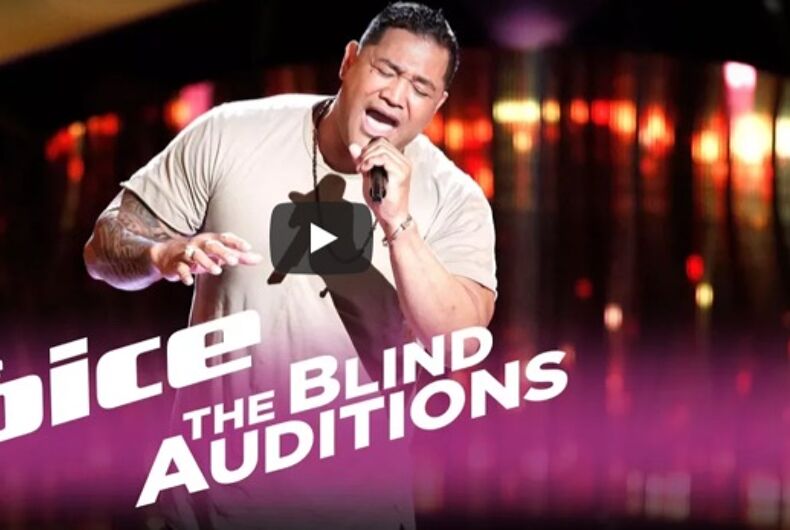 When former NFL player Esera Tuaolo took the stage for his blind audition on The Voice, the judges were amazed. Both Jennifer Hudson and Blake Shelton quickly picked the him for their teams after hearing his soulful rendition of “Rise Up.”

But watch their faces when he casually tells them that he’s gay. While the former Minnesota Vikings player came out after he left the league, he’s not staying silent about his sexual orientation any longer.

“When I finished in the NFL, I came out to my family. When I said those words for the first [time], when I said that I was gay, it was like this huge mountain just crumbled,” he said. “I felt light as a feather, but when I jumped on the scale I was still that 6’4”, 300 pound Samoan that’s gay and played in the NFL.”

Watch Tuaolo blow the judges away.

Sundays just got that much better with my new buddy Esera! And he’s a great singer too? Double whammy! #VoicePremiere