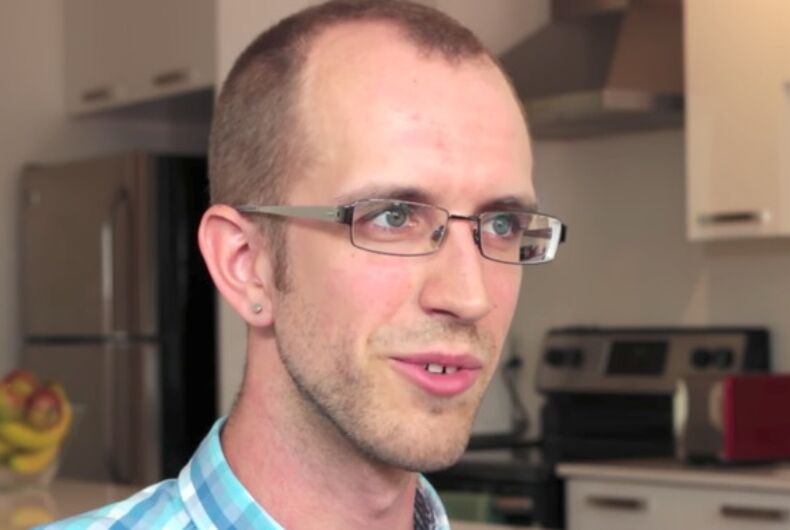 Church organist Jason Biel thought it was an ordinary day at work in his school chapel, but when the head chaplain of the university climbed the pulpit instead of the normal pastor, things started to go downhill.

“The service started like any other – I played the prelude and the hymns and sat down. And the pastor got up to give his sermon. I can’t remember the exact topic, but it was along the lines of the address in Matthew 5, where people are told to be a light unto the world. And so it sounded like it would be okay. That’s usually a good message for people to hear,” Biel says in a video posted as part of the I’m From Driftwood series.

“When he started in referencing Leviticus 18, which is quite homophobic for lack of a better word, or perceived as homophobic, then I wasn’t really sure what to do. I was faced with a choice to sit, as everyone else does, as per usual, and listen to this message be delivered, or I could do something,” he continues.

“So I literally got up and walked out the door. The pastor didn’t know I was gay. Most of the church did not know either.”

How did his church family react? He’ll tell you in the video.