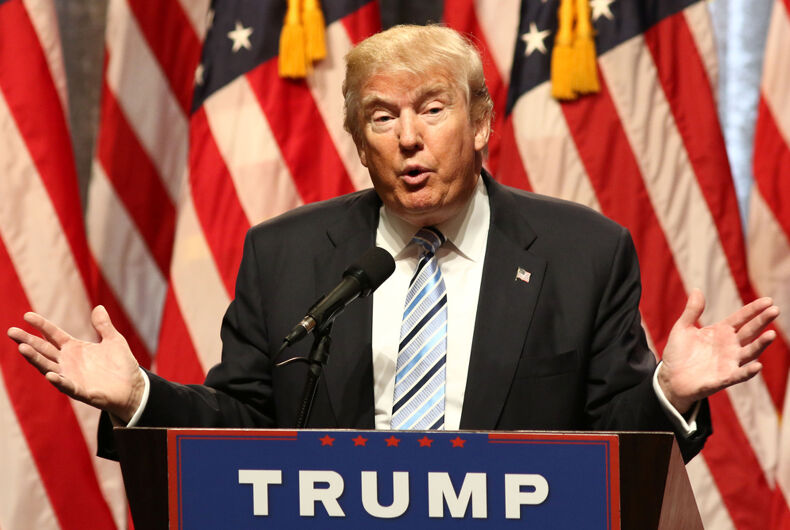 No man is an island, entire of itself;
every man is a piece of the continent,
a part of the main…

…Any man’s death diminishes me,
because I am involved in mankind;
and therefore never send to know
for whom the bell tolls;
it tolls for thee.

On Wednesday, Donald Trump accepted a legislative plan offered by Senate Minority Leader Chuck Schumer and House Minority Leader Nancy Pelosi to pay, in the same package, for a short-term down-payment on hurricane disaster relief and raise the debt ceiling to keep the government running for the next three months. He did this over strong objections from Republican Congressional leadership and others of his, alleged, own party. The legislation passed today.

Trump likes more than anything to win. No matter what that looks like, no matter what the substance, no matter with whom he must link himself, he will always take any opportunity for even the slightest chance of appearing to come out ahead.

Strong allegations have and continue to swirl around the Capitol and Special Prosecutor’s committees that he or members of his staff and family colluded with Russia to tip the recent presidential election in his favor. He may have sacrificed his eldest son and son-in-law over his compulsive need to win at any cost.

He placed his cards with the Republican deck as his best chance to sit in the Oval Office. He rented a stateroom on the Republican’s U.S.S. Failed Policies and it has taken on water.

Over the past difficult eight months, Congressional Republicans have failed to offer him a a legislative win on a sterling silver platter. They’ve failed at destroying the American Care Act (thank goodness), failed so far to release a supposed “tax reform” bill (a.k.a. “tax reduction” proposal, which if passed will substantially increase the federal deficit and grant enormous financial breaks to the already super rich), failed to release a proposal to repair and upgrade the country’s crumbling infrastructure, and failed to fix our desperately bankrupt immigration policies.

So, he sided with the Democrats. While Schumer and Pelosi’s proposed plan will, most likely, prove good for the country, Trump cared not about its substance.

Let’s face the facts, Trump neither cares about nor understands the substance of any policies he supports (and opposes), and he certainly has no understanding of the workings of government writ large.

On the contrary – Donald Trump has gotten tired of not winning which is very different to Trump from losing. As we all know, he never loses since everything he touches is always the best, the hugest, and most certainly, the first in the history of planet Earth (which he seldom visits since, like the White House, it represents a “dump” to this superhero).

But Donald Trump has paid an irretrievably high (huge!) price for maintaining as an island, entire of himself. He not only has sacrificed his family and his country while desperately searching for treasure and applause. On a personal level, Donald has forfeited his dignity, his integrity, his morality, his feeling of empathy, and his sense of ethics.

Yesterday he may have sided with Russia and with the Republicans. Today he may side with the Democrats. Tomorrow, oh tomorrow – who knows where and with whom he will cast his lot.

His actions cannot be considered as “compromise,” nor as “the art of the deal.” No! Donald mindlessly functions only on self-interest – and family, acquaintances (since he most likely has no real friends), country, and humanity be damned!

Any person’s death barely interests me,
because I am far superior and above mere humankind;
and therefore I never need to know
for whom the bell tolls;
since it never tolls for me.