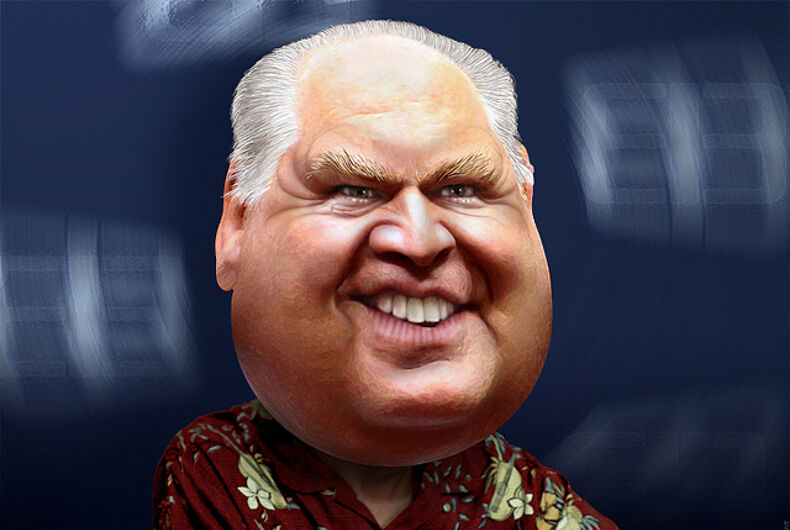 After arguing on his radio show that Hurricane Irma is a conspiracy theory designed to make people believe in climate change, Rush Limbaugh is evacuating Florida to get out of harm’s way.

As it turns out, nature doesn’t care about your beliefs, it will mess you up regardless. And so, Limbaugh has had to grab his figurative – although for all we know he actually has one – tinfoil hat and move to safer ground.

He closed out his program on Thursday with the announcement that there would be no show the following day, and that they would be back on the air next week, but broadcasting from “parts unknown.”

It was a much quieter announcement than all his bluster about the hurricane being a con job by the left.

“There is a desire to advance this climate change agenda, and hurricanes are one of the fastest and best ways of doing it,” Limbaugh said.

“I think they might be playing games, because it’s in the interest of the left to have hurricanes,” he also claimed.

Limbaugh blamed the “deep state,” a favorite topic of conspiracy theories, claiming the government is being controlled by a shadowy group behind the scenes.

He also claimed that there has been no increase in hurricanes, which is not accurate. He also suggested the conspiracy is fueled by the ratings hungry media, and retailers looking to sell batteries and water.

Do not listen to @rushlimbaugh when he says #Irma is not a dangerous #storm and is hype. He is putting people's lives at risk

“There are some out there saying you should ignore this, that’s it’s hype, that it’s fake news, that it’s part of a climate change conspiracy. It is not. This is life threatening, it could be devastating, and if anyone tells you otherwise, it is almost criminal,” he said.