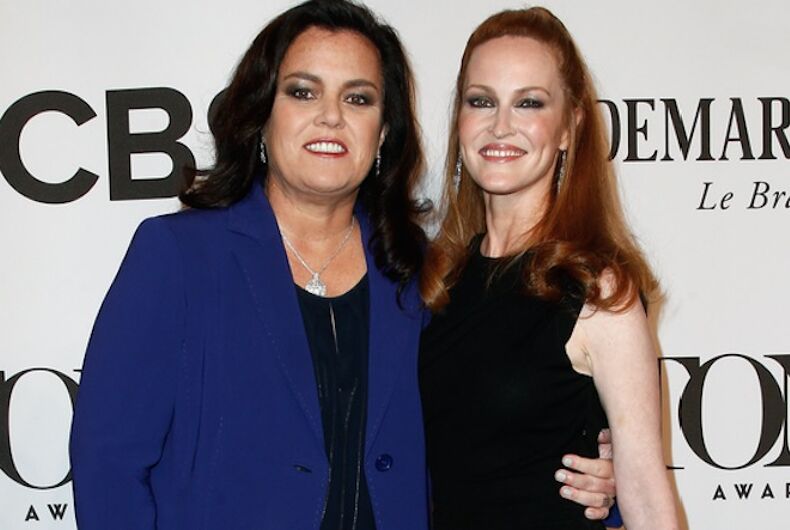 Michelle Rounds, ex-wife of film/TV personality Rosie O’Donnell, was found dead in her home this week. She was 46 years old.

TMZ was first to report the news, claiming reliable sources say that Rounds’ death on Monday was a suicide.

“I am saddened to hear about this terrible tragedy. Mental illness is a very serious issue affecting many families,” O’Donnell said in a statement.. “My thoughts and prayers go out to Michelle’s family, her wife Krista, and their child.”

Rounds and O’Donnell first started dating in 2011 and married the following year. Two years later, O’Donnell filed for divorce, citing an irretrievably broken relationship, which was only finalized in March of 2016.

While married, the couple adopted a daughter, Dakota, now 4-years-old.

Michelle’s mom posted this statement: “… If anyone would like to give to the National Suicide Prevention it would also be greatly appreciated. There are so many out there in this world that have demons that they think suicide is the only way out …”

This conservative politician is so terrified of his trans opponent, he won’t debate her