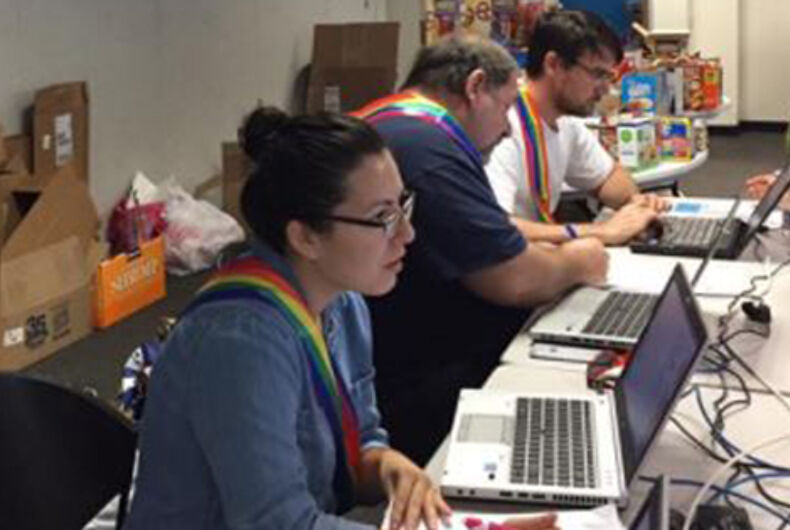 Houston’s LGBTQ community was already suffering before Hurricane Harvey hit. One in four homeless youth are reportedly LGBTQ in the city, some 5,000 individuals, part of a nationwide epidemic.

Past hurricanes showed that the disparity would only grow, as Kennedy Loftin, chief development officer of Houston’s LGBTQ resource organization The Montrose Center, well knew.

“In the last two storms, in Katrina and Ike, a lot of our community fell through the cracks,” Loftin told BuzzFeed News. So the community has pulled together to do for themselves during an uncertain time.

The Montrose Center opened its doors as soon as it was able to offer food and supplies, as well as helping with shelter, and putting aside money long term to help get victims back on their feet in the coming months.

“The reason why we do this is because a lot of people just don’t trust other institutions,” said Loftin. “There’s a lot of fear especially in the transgender and intersectional communities. They do not feel comfortable going to religious organizations, or city institutions, or large shelters, or any place like that. They just don’t feel comfortable. So that’s the whole point of the Montrose Center, is creating that safe space for our community.”

As BuzzFeed notes, a transgender woman was arrested in New Orleans after Katrina for using the women’s bathroom facilities.

In the first three days of being open, the center reports 27 people came in need of food and supplies, with another 115 reaching out for other types of aid.

“The LGBTQ Disaster Relief Fund will be used to help individuals and families begin to rebuild their lives through counseling, case management, direct assistance with shelf stable food, furniture, housing and more,” the website copy reads.

“I think a lot of the Houston community just started relying on each other,” said volunteer Lorena Avillaneda.