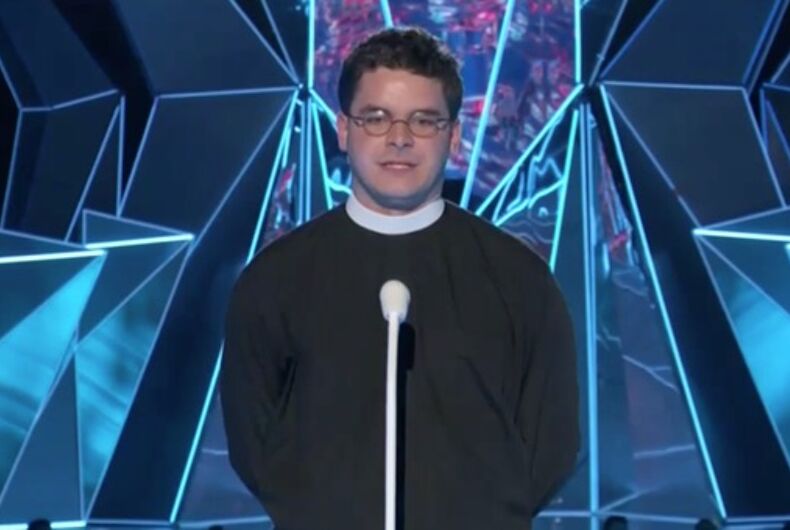 North Carolina pastor Robert Wright Lee IV is a direct descendant of Confederate general Robert E. Lee. In the aftermath of the white supremacist rally in Charlottesville, Virginia, that left one woman dead after a neo-Nazi plowed his car into a crowd of protesters, Lee knew he had to speak out.

White supremacists and the alt-right losers had gathered in Charlottesville to oppose plans to remove a state of Robert E. Lee from the public square. As Lee’s great-great-great-great-nephew, he found himself with a ready audience and a heavy heart.

Pastor of the Bethany United Church of Christ in Winston-Salem, N.C., Lee started speaking to the media and that led to an appearance onstage at MTV’s Music Video Awards in late August. During his short speech to introduce Heather Heyer, the deceased woman’s mother, Lee graciously spoke to the racism and hate engulfing the country.

“As a pastor, it is my moral duty to speak out against racism, America’s original sin,” he said. “Today, I call on all of us with privilege and power to answer God’s call to confront racism and white supremacy head-on. We can find inspiration in the Black Lives Matter movement, the women who marched in the Women’s March in January, and, especially, Heather Heyer, who died fighting for her beliefs.”

Some of Lee’s parishioners, however, took umbrage that he brought attention to the church.

“My presence at the church as a descendent of Robert E. Lee and an outspoken opponent of White Supremacy had already attracted attention, but with my appearance on MTV the media’s focus on my church reached an all time high,” Lee wrote in a statement published on the Auburn Theological Seminary website. “A faction of church members were concerned about my speech and that I lifted up Black Lives Matter movement, the Women’s March, and Heather Heyer as examples of racial justice work.”

Lee didn’t describe any specific comments from congregants and made sure to point out that not all members felt the same way. He had served as the church’s pastor since April.

Bethany Church was founded in the late 1700s. The United Church of Christ is normally known for their liberal views and support for social justice.

I'm Rob Lee and I haven't left the church. Y'all haven't gotten rid of me yet.

Will San Francisco’s transit authority give preference to LGBT contractors?