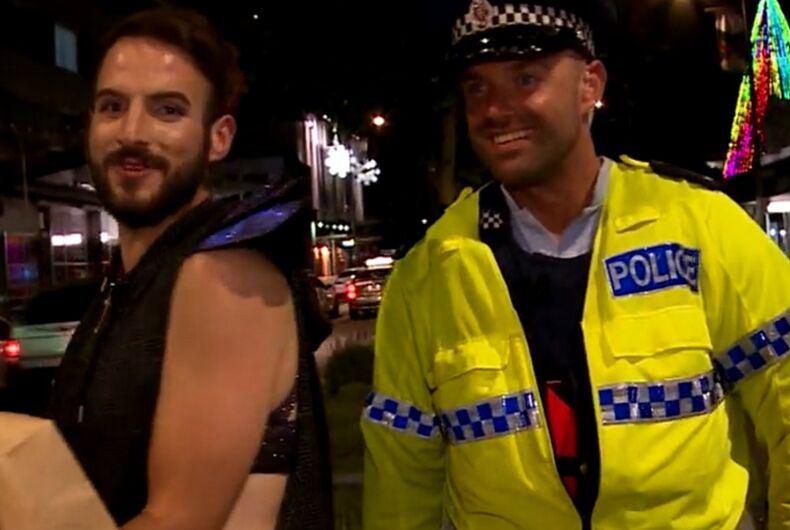 A video of a gay guy who really wanted to be on a police reality show has gotten over 800,000 views on Facebook.

Police Ten 7 is a reality TV show in New Zealand that follows police officers as they do their jobs, like Cops.

An unidentified gay man with glitter shoulder pads, heels, and a bra saw their camera one night and ran in front of it. “I’ve got no meth on me, but if I pulled out a bag of sugar would you put me on TV?” he asked.

At one point he starts rubbing his butt against one of the laughing police officers and said, “Police in New Zealand are comfortable with the homosexual population!”

Then he ran off screaming. Police Ten 7 posted the video on their Facebook page because it’s awesome.