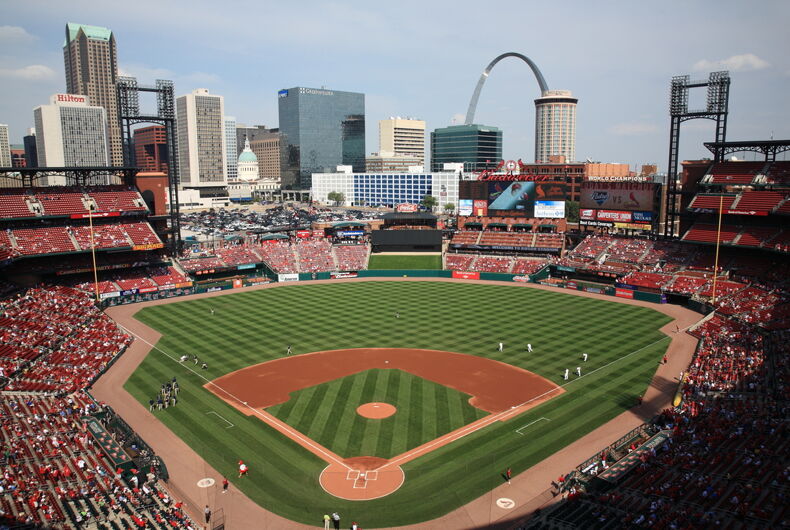 The St. Louis Cardinals may have struck out with LGBTQ fans by featuring Lance Berkman at their annual “Christian Day” in July, but the team is stepping up to the plate for the first official “Pride Night” at Busch Stadium on Friday, Aug. 25th featuring an historic ceremonial first pitch by transgender entertainer Tassandra Crush.

Crush, who is Pride St. Louis’ reigning Queen of Pride, is believed to be the first transgender individual to throw “the first pitch” in the United States for Major League Baseball – and most definitely the first for Cardinal Nation.

In June 2016, Pride Toronto Board Secretary Rachel Lauren Clark became the first member of the trans community to throw a ceremonial pitch at a Major League Baseball game for the Toronto Blue Jays to mark LGBTQ Pride month.

Crush, who can be seen on stages across the city, is well aware of the significance of this moment.

“In these strange times, we never know what tomorrow will hold,” said Crush. “Given this great opportunity, I pray this can make everyone watching think twice… to think twice about every person they come into contact with; to think twice and recognize we all are humans, every trans person is a human, and we all can live and should live in peace together.”

“This is truly an honor and such a humbling opportunity I have been given, not only as the first openly transgender woman to throw the first pitch at the first official Pride Night at Busch Stadium, but as being St. Louis Queen Of Pride 2017,” Crush continued. “This day is a day to remember; to remember how far we as LGBT individuals have come and celebrate how far we are going!. Look to the stars, there’s more space than we all think.”

Pride St. Louis is partnering with the most titled team in the National League as they take on the Tampa Bay Rays. With the purchase of a special Theme Ticket, fans will receive a Cardinals cap with a rainbow STL logo. A portion of each ticket sold will benefit the Pride STL Scholarship, which is awarded annually to St. Louis area students.

“We are more than thrilled to have the opportunity to join in this historic moment for our LGBTQIA+ community,” said Matt Harper, president of Pride St. Louis.

Just John, which has partnered with Pride St. Louis for an unofficial LGBTQ Pride Night at Busch for the past several years, will have a shuttle bus running to and from the historic game. The shuttle will leave Just John around 6:30 p.m. and will cost $5. (You will need to purchase your actual game tickets from the STL Cardinals website by clicking here.) No reservations needed for the bus.

Tyler, the Creator: I had my first boyfriend at 15