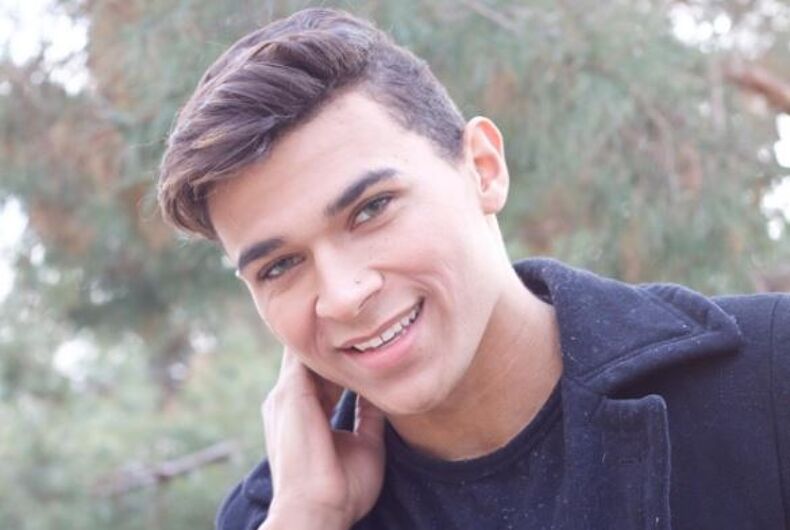 When University of Nebraska track athlete Jace Anderson was approached by three football players he described as “gigantic human beings,” while alone on a balcony at a party last year, he was nervous.

Anderson, 20, was beginning the process of accepting his sexual orientation and had begun coming out to others. The football players, it seemed, wanted to know if what they had heard about him being gay was true.

“Hey man, there have been a lot of conversations that you swung for the other team,” one of them said.

Anderson was convinced they would not be happy to hear him confirm he was gay, but, nervous as he was, he still spoke up and answered in the affirmative.

But what came next was a beautiful surprise.

Then each of them hugged Anderson.

Anderson shared the heartwarming story in his coming out video, recently posted to YouTube. OutSports first called attention to the football player anecdote, with writer Jim Buzinski saying he loves it “because it upends stereotypes and shows that gay acceptance is more and more common on campuses.”

Anderson also talks about how the stress of being closeted was harmful to his life, as well as his athletic performance. He also shares a story of female track athletes making a bet on whether he was gay, and whether or not they could “turn him.”

The experience caused him to lose confidence, making the experience with the football players that much more meaningful.

“They were the last people I ever would have thought to have confronted me like that and be so welcoming,” Anderson said.

“I started to realize that nobody cared that I was gay other than myself. The biggest person that feared it was myself,” he said.

Lesbian couple abused by hotel staff during their ‘honeymoon from hell’

First Trump came for ‘them’ but now they are you