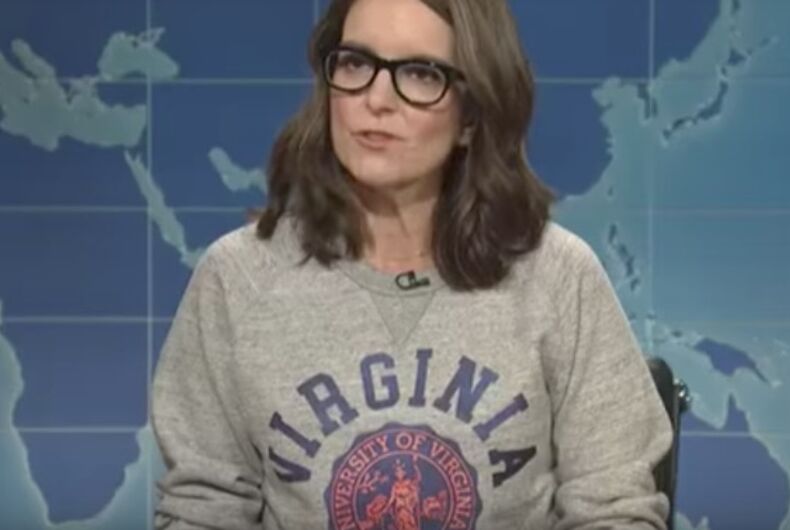 Jimmy Fallon, Seth Meyers, and Tina Fey returned to SNL’s Weekend Update to take on Donald Trump, Paul Ryan, and the racist shitheads who’ve dominated the media this week with their despicable actions and Trump’s noxious defense of them.

Tina Fey steals the show with her segment as the University of Virginia graduate takes on the white supremacists and neo-Nazis who are planning rallies around the country for this weekend – including one in New York City’s Washington Square Park. The park is close to the historic Stonewall Inn where people of color, transgender women and drag queens led the riots that jump started the modern LGBT rights movement.

“Part of me hopes these neo-Nazis do try it in New York City. Like I hope they try it and get the ham salad kicked out of them by a bunch of drag queens. Because you know what a drag queen still is? A 6’4″ black man.”

What would you do if you found an antigay slur on your Jimmy John’s sandwich wrapper?