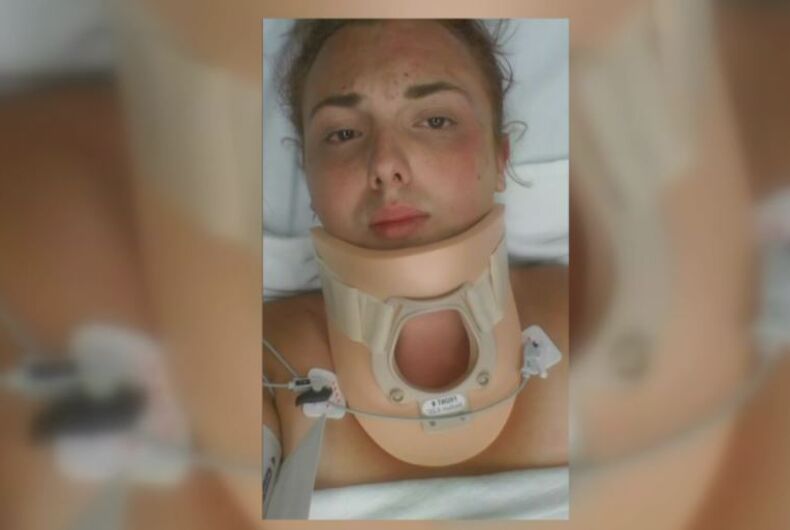 Dakota Kern was treated for injuries she received after being attacked by a group of up to 20 people.Photo: Supplied, CBS 5 News

Phoenix police are investigating the assault on a transgender teenager by up to 20 people.

The horrifying incident was filmed by one of the attackers and posted to social media. In the video, Dakota Kern, 18, can be seen at a pool party she says she was lured to, where a group of people began attacking her. She is seen lying on the ground, as people punch and kick her.

Kern told the local CBS news affiliate that after people began yelling anti-gay slurs at her, she and her friend tried to leave. At that point, a man yelled “get it, get it,” prompting the attack, she reports.

She ended up hitting her head on the concrete and blacking out, while her friend tried to protect her from the violence.

Kern was taken to the hospital, where she was treated for her injuries and has since been released.

Phoenix police say their bias crimes unit is investigating, and are urging anyone with information to come forward.

This year, in America alone, 17 transgender people have already been killed.

Most of my family was killed by Nazis. How are you helping me avenge them?