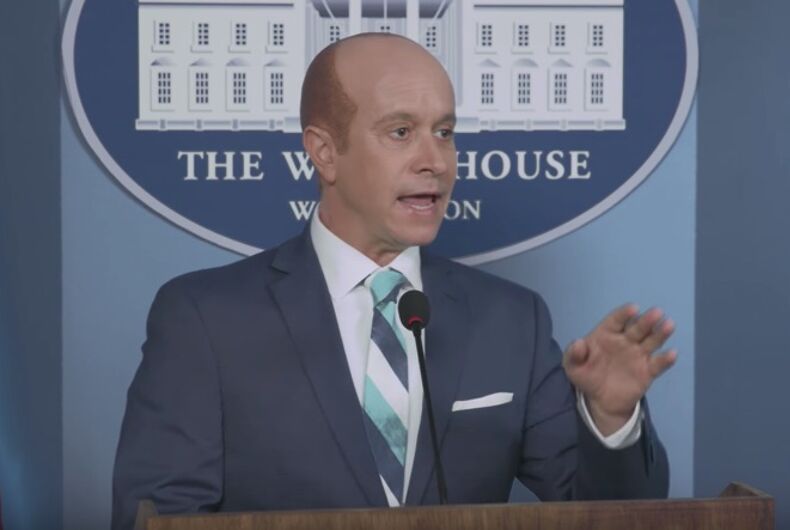 Funny or Die is back with another lampoon of the Trump administration and this time they’ve found a celebrity who can portray one of the Trump loons as well as Melissa McCarthy did for Saturday Night Live.

Pauly Shore’s take on Stephen Miller and the infamous Statue of Liberty disclaimer is sheer perfection.

Miller responded to CNN’s Jim Acosta during a press briefing to defend Trump’s plan to only allow immigrants who speak English. After Acosta pointed out the famous poem at the base of Lady Liberty doesn’t mention any qualifications for America’s embrace of the “huddled masses,” Miller responded with the asinine excuse that the poem was added 20 years after the statue was erected.

The sheer ridiculousness of it all makes it the perfect vehicle for Shore – and he nails it.