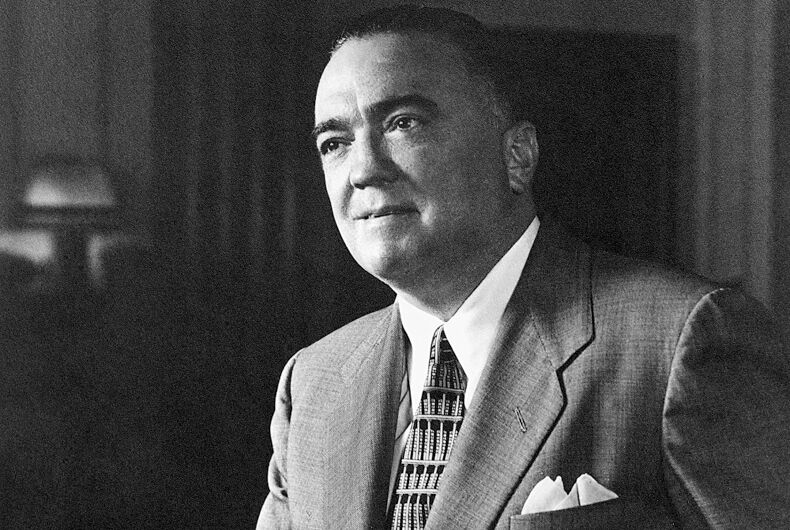 A federal judge has ordered the Justice Department to release all documents related to its purge of LGBTQ employees in the 1950’s.

The Mattachine Society of Washington, D.C., has been involved in the five-year legal fight to get the documents released. The papers are related to President Dwight Eisenhower’s Executive Order 10450, which he signed in 1953. The executive order gave agency heads the power to fire workers who posed a national security risk, which was used as a legal justification for J. Edgar Hoover’s FBI to hunt and fire thousands of gay and lesbian employees from all over the federal government.

“We’re talking about tens of thousands of people over the years investigated and ruined by this executive order; lives were shattered,” Mattachine president Charles Francis told NBC News. “You were branded ‘immoral’ and ruined if you were labeled a homosexual in the 1950s … and these papers remain locked away in federal vaults, and it’s time now for the Department of Justice and the FBI to work with us and release all of it.”

Judge Royce C. Lamberth rejected the FBI’s claims that it would present too great a burden on them to find all of these documents. The ruling also cast doubt on the FBI’s claim that they found no documents related to Chief Justice Warren Burger, who was an assistant attorney general charged with enforcing Eisenhower’s executive order at the time. Lamberth wrote that the claim “strains credulity.”

Attorney Lisa Linsky, who has been working on the case, said, “It’s important to the preservation of LGBT American history. But it’s also important that our allies and other fellow citizens understand what the government did so we could do our best to avoid repeating history.”

She added that it is unknown when the documents will actually be released.