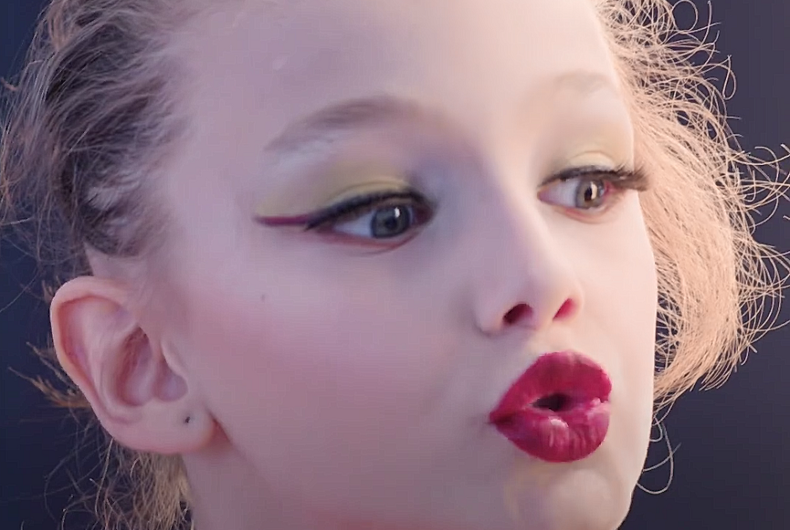 I’m flabbergasted by this video of a creative, precocious, and confident 8-year-old drag queen who goes by the name Lactatia.

Her boy-name is Nemis, and she has been wearing dresses and skirts since she was two.

Her mother Jessica is as supportive as a mother could be. She told Elle, “We just want our kids to express themselves however they see fit. As long as it’s respectful and they’re nice people, we really don’t care.”

She’s selling herself short – when Nemis first wore Mr. Potato Head earrings, Jessica helped her put on make-up and had a photo shoot with her. In the video, Jessica helps her son coordinate wigs and dresses and learn how to contour.

Lactatia gets a chance to meet New York City drag queen Vivacious in this video.

Some people work their whole lives to get to where Lactatia is now.

GL vs. BT: Are we a unified movement yet?