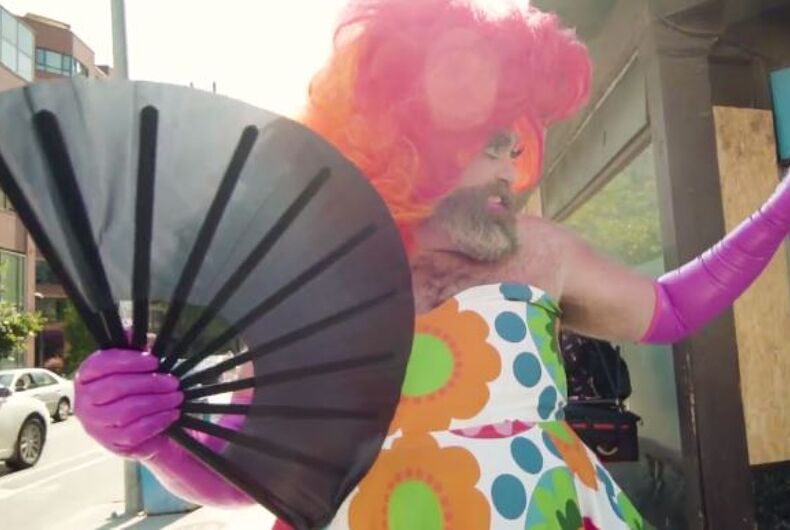 A kindergarten teacher in Toronto is combining his love for education and his love of drag to bring drag queen story time to youngsters and the results are magical.

John Paul Kane uses his drag persona, Fay Slift, to not only make reading more fun, but also encourage them to see differences as beautiful.

He added that the diversity in the audience at the readings also contribute to the sense of unity and understanding.

“To see that diversity in people is what needs to be celebrated, and the more that we’re exposed to that, the more comfortable we become with each other,” he added.

“When you think about it, really, bringing drag performers together with little kids, it’s kind of a perfect relationship,” he said, adding that they are “like clowns” or “like a cartoon come to life.”

He also said that his students have influenced and inspired Fay’s style, including the colorful ensembles she wears.

“The grassroots aspect of what this is, is that you’re giving these little morsels of stuff to these kids who are really honestly some of the most powerful teachers that are out there in the world,” he said. “So I’m hoping that it’s like, you know, dropping a stone in the pond and then it just ripples out.”

Drag storytime is a growing trend in more progressive cities. Unfortunately, it hasn’t been welcomed everywhere, as a drag performer, Princess Onya, aka Brandon James, discovered after trying to start one in Charlotte. James was targeted by a local politician and an anti-LGBTQ group, but was eventually able to find a location for the event.

First Trump came for ‘them’ but now they are you

WTF? This sugardaddy hookup app says it’s for men ‘not living with HIV’