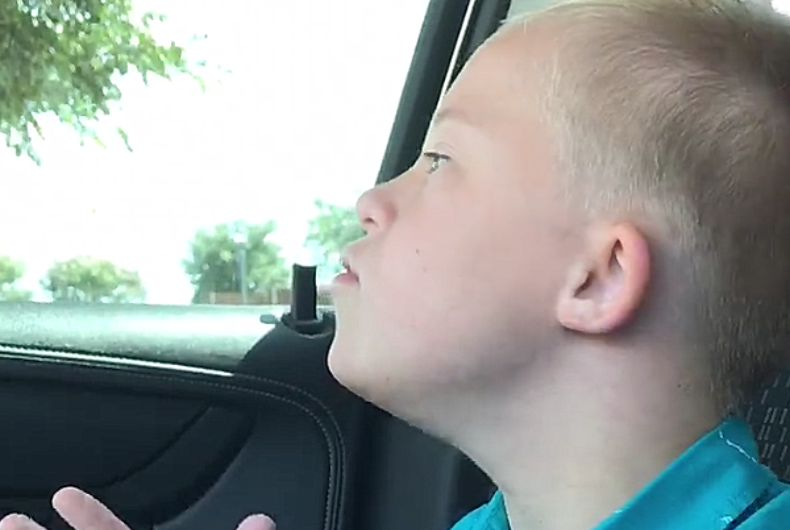 Dane Miller’s mother says that he’s been musical ever since he was a 2, and at age 9 he has his first hit: a cover of Whitney Houston’s “I Have Nothing.”

The video of him singing along in the car has garnered over 26 million views on Facebook, and it’s not hard to see why. The pint sized powerhouse, who has Down’s Syndrome, throws everything he has into this performance.

“We watched a Whitney Houston documentary and [his older brother] Dawson downloaded that song,” his mother Jeanne told Inside Edition. “He kept on playing it in the car and Dane has fallen in love with it. He has put his own touch on it.”

I looked around on YouTube a little to find where he got the choreography, and it looks like it’s all his.

Was Trump trying to deflect from Russiagate with his surprise trans military ban?

Over half of Republicans would be okay with a Trump dictatorship