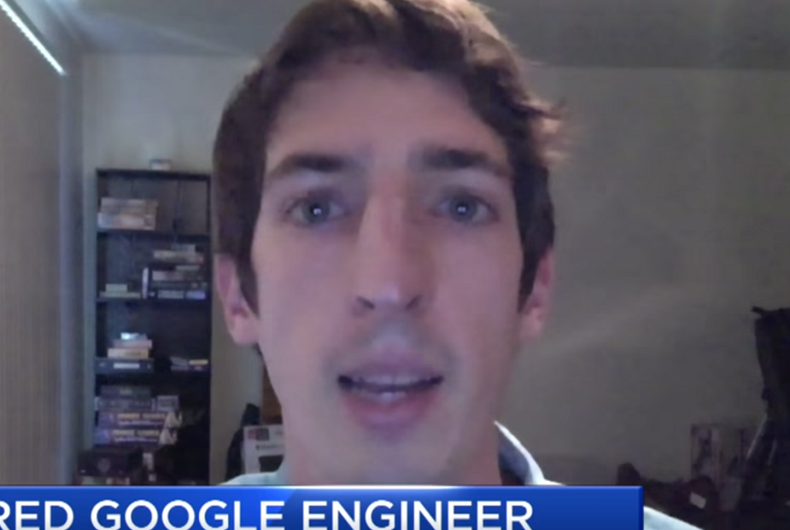 Two weeks ago, an engineer at Google distributed a 3000-word memo that argued that women are less represented in technology jobs because of “biological” differences that render women less capable of working with technology.

The memo was made public and Google immediately distanced itself. A few days later, Google fired the engineer who wrote it, James Damore, and he has become a darling to the right.

A major theme in the original memo was that Google – and the left generally – is trying to suppress shocking truths in order to encourage more diversity. While Damore misinterpreted, cherry-picked, and generally mangled the science in his memo in order to support his point – and was acting as an employee in a private business when he sent out his beliefs to his co-workers – he has taken losing his job as further evidence that he and his fellow sexists are the last truly oppressed minority.

In an interview with Business Insider, Damore says that his goal is to fight the “monolithic culture” at Google. “Really, it’s like being gay in the 1950s,” he complained. “These conservatives have to stay in the closet and have to mask who they really are. And that’s a huge problem because there’s open discrimination against anyone who comes out of closet as a conservative.”

Gay people in the 1950’s had to do more than, you know, not send out verbose memos insulting their co-workers in order to preserve their jobs. The Lavender Scare, for example, resulted in hundreds of government workers losing their jobs often based on nothing more than rumors that they were gay.

That’s just the most obvious example of how his analogy is terrible. Countless people in the 1950’s (and the 60’s, the 70’s… and even today) worked meticulously to hide their private lives from their coworkers, friends, and family members out of fear of losing everything. Those who were outed didn’t get to do a media whine tour – the first pro-gay magazine in the US, ONE, was declared obscene by the US Postal Service in 1954.

We can’t even put a number to the people who lost their jobs due to their sexuality in the 1950’s, or who got taunted, denied service, kicked out of their homes, beat up, or killed. And the psychological damage done in this period to gay people is unimaginable; think about the constant state of anxiety many lived in, or how it has to mess up your soul to hide such an important part of yourself from everyone, sometimes even yourself.

But, hey, there’s this rich straight dude who went to Harvard who got fired for something he actively did that was directly related to Google’s ability to create a productive work environment.

I’m sure that he’s not used to being told to shut up, so his fragile ego believes being fired is comparable to some bad thing that he’s vaguely aware of that happened to a minority he doesn’t care much about.

Will Michelle Obama make an appearance on the ‘Will & Grace’ revival?

Weekly Debrief: A win in Texas, but losses nationally