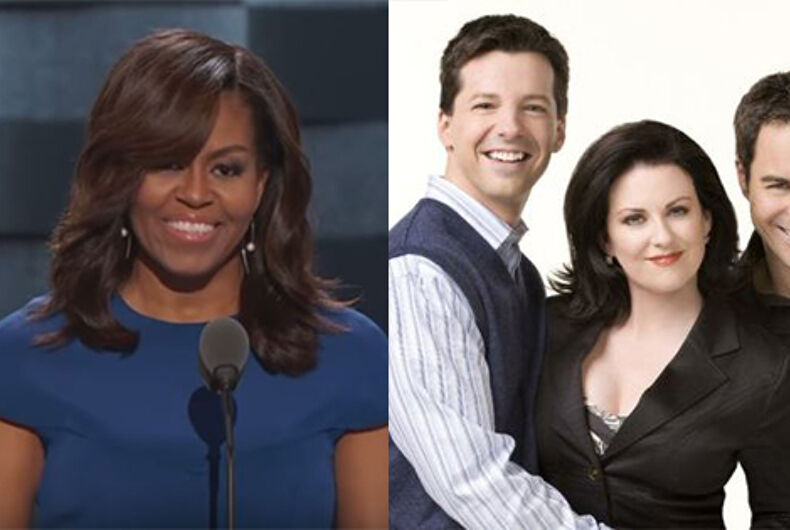 Is Michelle Obama ready for her closeup on Will & Grace, set to be revived by NBC this fall? That’s the report coming from gossip mag In Touch Weekly, citing an inside source.

“Former first lady Michelle Obama will appear on the show,” the insider is quoted as having said. “The details are still being worked out, but supposedly Michelle is up for anything, as long as it doesn’t cross the line too much.”

The episode will reportedly be political in nature, but the source hastened to add that the former first lady “will not be taking any personal jabs at President Donald Trump. The writers will leave that to the rest of the cast.”

Related: One major character will not be returning to Will & Grace

“Everyone associated with the show is so excited about landing Michelle,” the insider continued. “They think the episode will be comedy gold and a ratings hit.”

We’d have to agree, and we hope this actually comes to pass.

What do you think, will Michelle Obama make an appearance? Let us know in the comments.

Google engineer: Being sexist today is like ‘being gay in the 1950s’