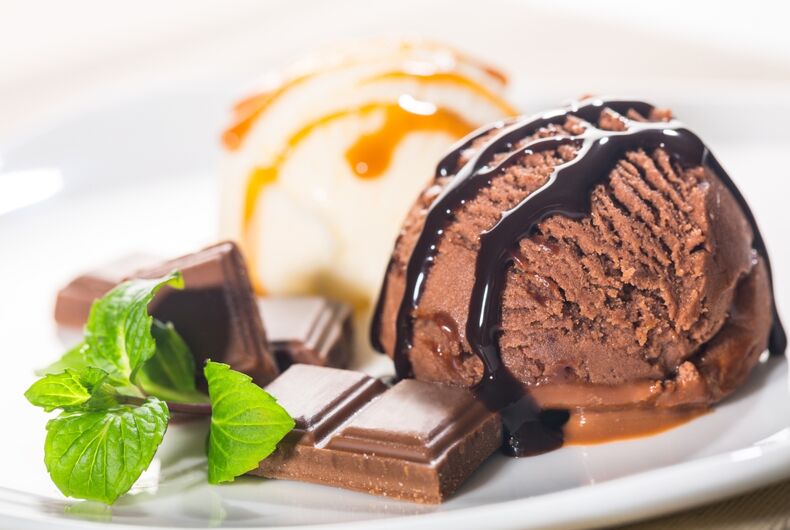 Ron Gage and his partner, Henry McKinnon, were enjoying their special evening at The Prime Rib in Washington, DC, until they asked for dessert. The upscale restaurant, known as one of the top five most romantic restaurants in America according to the Washington Post, wasn’t feeling the love and shamed the couple instead.

“When it came time for dessert, we asked for one sundae with two spoons,” Gage said. The server, however, “said he would bring it in two separate dishes. He said ‘It wouldn’t look right with two gentlemen eating out of the same sundae. It doesn’t go with the ambiance of the restaurant.'”

Obviously, the men were stunned. “We were speechless, we nodded,” Gage said. “We weren’t expecting it.”

The two men left the restaurant without speaking to a manager, but the next day they posted about the experience on Facebook and Yelp. “I’m kind of embarrassed to say we didn’t say anything,” McKinnon admitted. “It just took us back to such a shameful place, in a way.”

The restaurant’s manager says he’s investigating the men’s complaint and denied that it was restaurant policy. Instead, he blames the server, who isn’t a native English speaker.

“The waiter in question is Bulgarian, and he does speak four different languages,” MacLeod told the Post. “I am not sure if he got confused as to what he was saying, or how he was saying it.”

While the restaurant says they will reach out to the men, they say they doubt they’ll return.

There goes the ambiance.

And it's weird, because when I look up "ambiance," there's a picture of two smartly-dressed men sharing dessert in a nice restaurant.

Most of my family was killed by Nazis. How are you helping me avenge them?