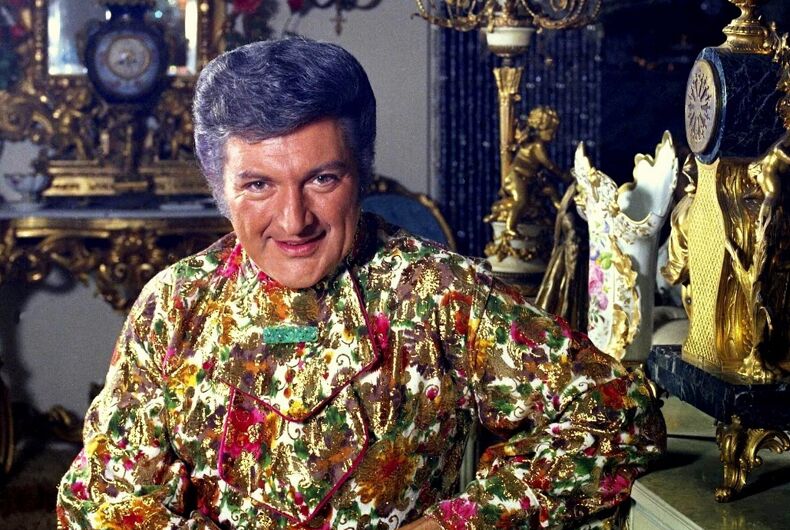 So I’ve been thinking about the most common way to categorize LGBTQ identities at the moment – the idea that sexual orientation, gender identity, and gender expression are three separate things – and about its limits. Specifically, can gay men really be described as cisgender, and, if so, what does that say about the usefulness of this system of thought?

Right now I just have a jumble of random thoughts on this topic and maybe I’ll develop it into something more coherent later. But for now:

While there are some gay and lesbian and bisexual and transgender people who believe that we don’t have much in common, it’s safe to say in 2017 that there is a broad consensus among LGBTQ people involved in community life and activism that we’re all in this together.

Now think about how strange that is, if gender identity and sexual orientation are totally separate concepts, why would so many people come to the conclusion that we all share enough of an experience that we not only can but should work together? I’ve seen some lists online about why transgender and LGB people share a fight, usually with items like “we’re both fighting the religious right” and “oppression against one group is oppression against everyone,” but I don’t find these lists all that convincing. And I’m saying that even though there’s no question in my mind that L, G, B, T, and Q all belong together.

To say this another way: gay people and Muslims are both oppressed groups in the US, both are targets of the religious right, and both groups often use the same laws to advocate for equal treatment. But is anyone pushing for us to call it the LGBTQM community?

It’s as if politically aware queer people have accepted in their heads that sexual orientation and gender identity are separate, but they haven’t accepted it in their hearts.

The idea of gay men as a “third gender” is pretty old, and even the grandmother of the modern gay rights movement was partial to it. Karl Heinrich Ulrichs, a 19th century German gay rights advocate, coined the term “Uranian” before we even had the word “homosexual” to describe gay men. To Ulrichs, a Uranian was a third gender, “a female psyche in a male body.” Magnus Hircshfeld, a German physician and sexual freedom, also worked under this theory in the early 20th century, although it should be noted that there were people working with them at the time who disagreed with the idea that gay men were inherently feminine.

Which is to say that, along with narratives from non-Western cultures about sexuality and gender, the idea that sexual orientation and gender identity are separate is one that appeared in a very specific context. That doesn’t make the idea wrong; it just means that we should be cautious about its universality.

In the post war gay rights movement, the same idea comes up again. In the 1970’s, gay hippies would sometimes describe themselves as a third gender that could bridge the energetic gap between men and women.

Harry Hay famously wore pearls when she went out in traditionally male clothing because she “never again wanted to be mistaken for a hetero.” There’s some truth there – the average straight person several decades ago would assume that a stranger who appears male and is wearing a T-shirt, jeans, and pearls was gay. I think most straight people in 2017 would make the same assumption.

Writing at this site means that I have to read a lot of stories about hate crimes against LGBTQ people. A question that I’ve been asked before about attacks on gay men is “How did the attacker know that the victim was gay?”

Well… some of these stories have video that includes interviews with the victims, and watching enough of those and hearing the gay boys’ voices and seeing their hand movements made the answer really clear. But still, those people usually don’t identify as trans or genderqueer, just as gay men.

A recent study on housing discrimination two sent similar-looking people in pairs to ask for an apartment. The two people in the pairs said they had the same incomes and educations, etc.; the only difference between the two people was that one mentioned a stereotypically male name when talking about their partner, the other used a female name. The actors who played these “gay” and “straight” people were of any sexual orientation and were randomly assigned a role.

That’s all well and good for measuring discrimination based on sexual orientation itself, but my instinct tells me that the discrimination faced by gay men and lesbians on the housing market is also related to gender expression. The people making the study seemed aware of LGBTQ issues and would probably argue that masculine gay men and feminine lesbian women exist, that gender expression should be the subject of a separate study… but, really, the percentage of gay men and lesbians who express their gender differently from cultural stereotypes of men and women is large enough that it’s part of the gay experience with oppression.

A few years ago, a queer discussion group that involved mostly people who would be described as cisgender gay men – but also one trans woman – started with the facilitator asking for a round of preferred pronouns.