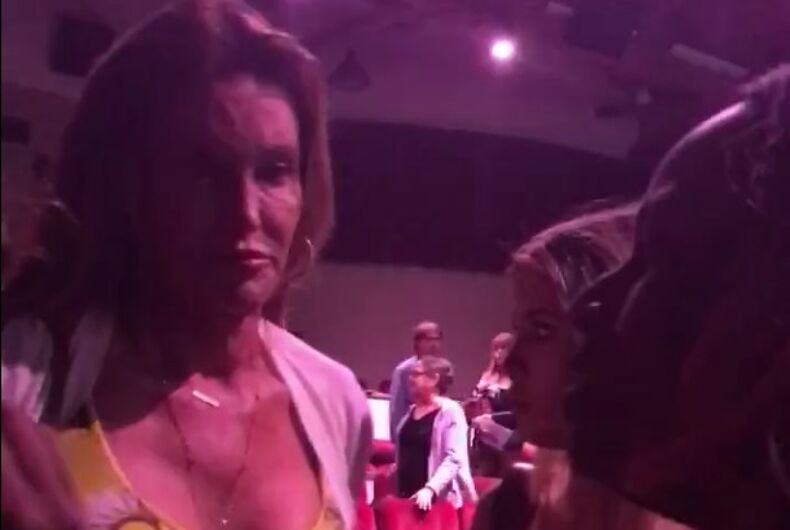 Wear Your Voice Magazine‘s editor-in-chief Ashlee Marie Preston attended a performance of The Rise and Fall of Ziggy Stardust and The Spiders from Mars by the Trans Chorus of L.A. last night, and Caitlyn Jenner was also there.

Preston wasn’t going to pass up an opportunity to get the Olympic athlete’s attention. Toward the end of the concert, Preston marched over to Jenner and confronted her with criticism about her support for Donald Trump.

“It’s really fucked up that you continue to support somebody that’s erasing our fucking community,” Preston said.

“As long as we continue to be the ones that are most impacted by the choices that you make, it is not OK.”

At some point in the video, event co-chair Dena Williams approaches the women and can be seen trying to calm Preston down.

Preston told her that the Trans Chorus of L.A. was “complicit” in Jenner’s politics if they take her money.

Jenner listened for a while, and then said “You don’t know me” at some point.

To which Preston replied: “Yes I do! Oh my god, oh my god. It’s ridiculous! You’re a fucking fraud and a fake.”

Jenner then walked away, at which point Preston told Williams that she was “disappointed” in her.

“I thought you were better than that,” she said.