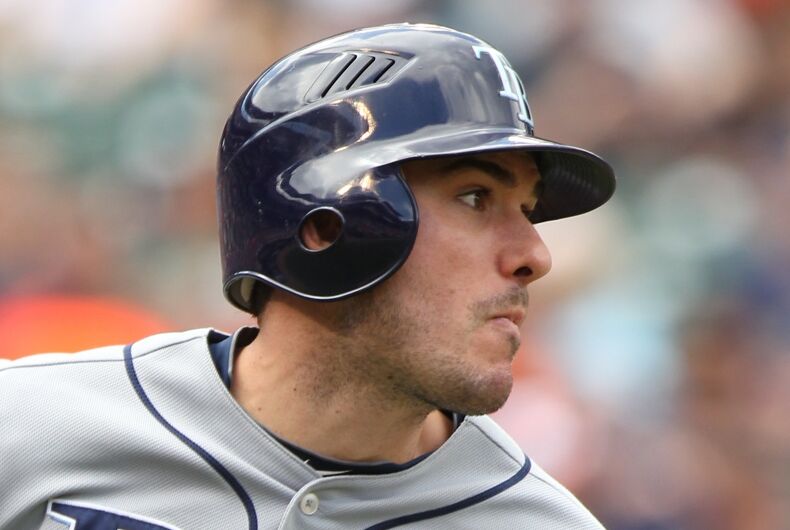 Oakland A’s outfielder Matt Joyce, 33, got a two-game unpaid suspension immediately following his use of an anti-gay slur.

The incident occurred towards the end of a game Friday night in Anaheim, California. A spectator did not like how Joyce was playing and shouted vulgarities, and Joyce responded in kind and added a homophobic slur and challenged the fan to a fight, according to Associated Press photographer Mark J. Terrill who overheard the incident.

On Saturday, Major League Baseball said that Joyce would be suspended without pay for two games and that he would take part in a public outreach program with PFLAG.

The A’s released a statement saying that they were “disappointed” by Joyce’s language and that it was “unacceptable.” The team will donate Joyce’s $54,000 in lost wages to PFLAG.

1/ In regard to last night's incident, I first and foremost want to sincerely apologize to the fans, the Oakland A's, MLB and the most

3/ frustrations and emotions get the better of me. I am beyond sorry for the inappropriate language that I used and understand and agree

5/ not reflective of me as a person, how I treat others, how I live my life and that those hurtful words are not my views. I fully support

7/ more that can be said about this truly regrettable moment.