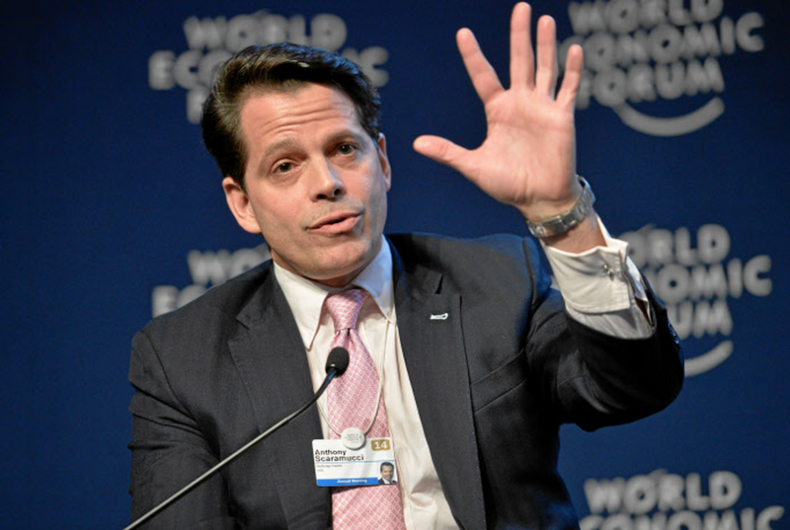 Anthony Scaramucci’s career as President Donald Trump’s White House Communications Director ended just as quickly as it began, it seems in no small part because of his inability to control his antics.

After all, no one is allowed to upstage Trump.

But Scaramucci may be about to bounce back with a brand new career, according to TMZ, out with a report claiming he may soon land a sitcom or movie deal:

We’ve learned a major Hollywood producer has been in touch with Scaramucci to produce a White House version of “Spin City.” There are 2 working titles — “10 Days in July” and “Attack of the Swamp Monsters.” Our vote is #2.

We’re told the initial feeling is the concept could work as a sitcom series or a feature.

The concept is an outsider assuming power in D.C. to the great dismay of longtime political hacks who go straight for the jugular.

Democrats are asking the military to defy Trump’s transgender ban