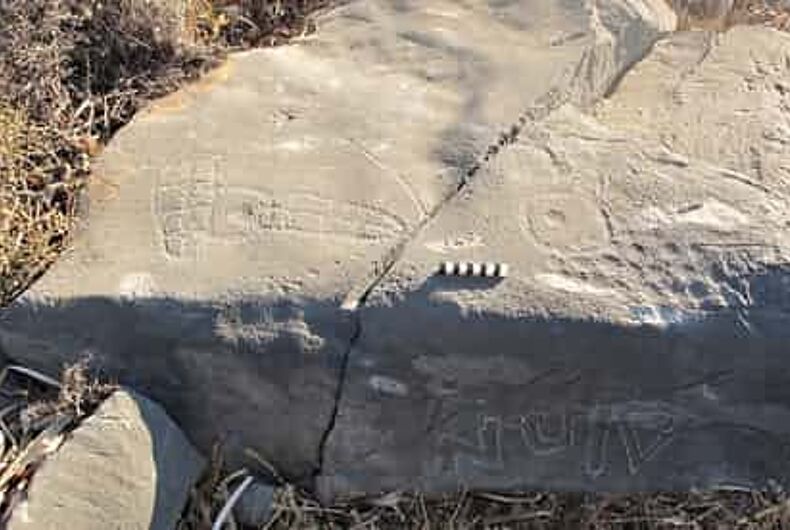 [Vlachopoulos] chanced upon a couple of racy inscriptions and large phalluses carved into Astypalaia’s rocky peninsula at Vathy. The inscriptions, both dating to the fifth and sixth centuries BC, were “so monumental in scale” – and so tantalizingly clear – he was left in no doubt of the motivation behind the artworks.

“They were what I would call triumphant inscriptions,” said the Princeton-trained professor who found them while introducing students to the ancient island world of the Aegean. “They claimed their own space in large letters that not only expressed sexual desire but talked about the act of sex itself,” he told the Guardian. “And that is very, very rare.”

Chiseled into the outcrops of dolomite limestone that dot the cape, the inscriptions have provided invaluable insight into the private lives of those who inhabited archaic and classical Greece. One, believed to have been carved in the mid-sixth century BC, proclaimed: “Nikasitimos was here mounting Timiona.”

A limestone engraving of two penises underneath the name of Dion was also discovered in the same general area of the island, indicating “similar behavior on the part of Dion,” according to Vlachopoulos.

This article was originally published on Bilerico.

Out singer Aaron Carter gets emotional at an LGBTQ venue