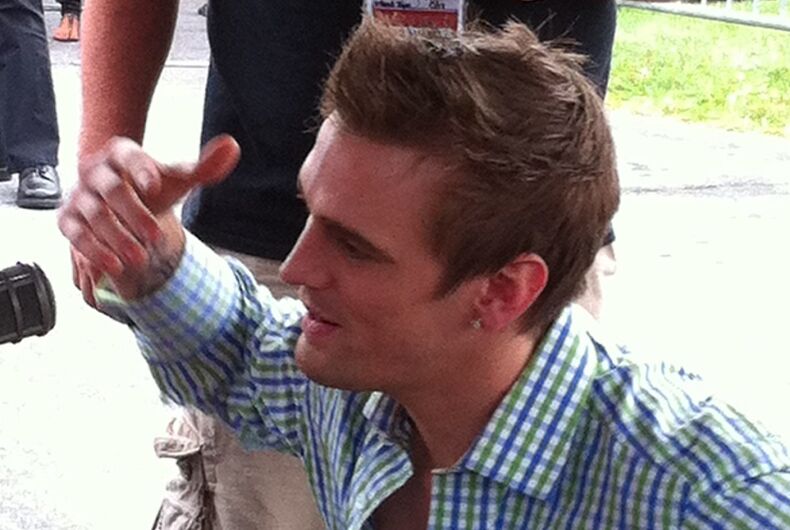 Aaron Carter at the MixTape Festival in 2012.Photo: Wikimedia Commons

It’s unclear what emotion took over Aaron Carter, 29, at a concert this past week after performing a song about his ex-girlfriend.

This week, at a performance at a Hamburger Mary’s in Florida, he thanked his fans and “the LGBT community” for their support, in video published by TMZ. After pointing to members of the audience who he thought were “gorgeous,” he said “I am who I am” and performed “Hard to Love,” which he said was about his ex-girlfriend.

The video cuts away while he performs the song (probably due to copyright issues), and after he can be seen in tears. Another person appears to be comforting him, but is also recording him on a phone, in video that would later be posted on Twitter. The crowd chants “Aaron” and he returns to the microphone.

So overwhelmed right now with the love and energy from you tonight Tampa! #LØVË pic.twitter.com/HWRmIjuxlB

2,500 year-old gay erotica found carved in rock & it is ‘monumental in scale’