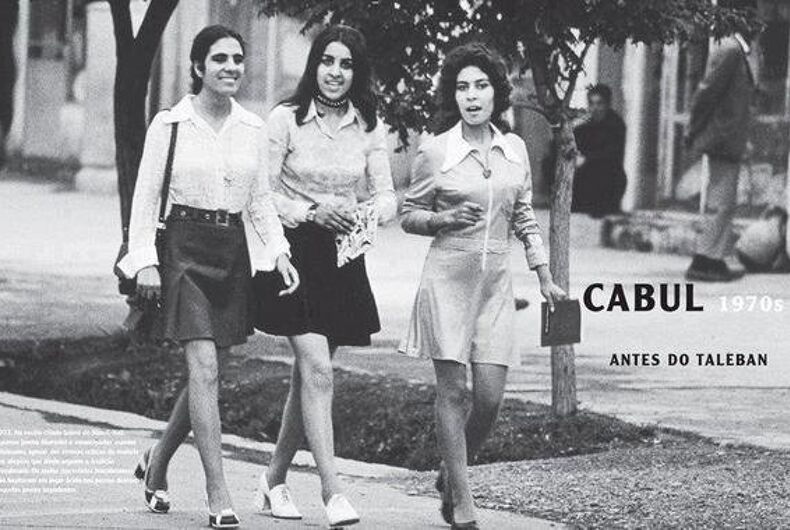 This photo of women walking in Kabul was taken in 1972.Photo: Harriet Logan

Just when you think the Misogynist-in-Chief couldn’t get any more repulsive, the Washington Post is here to tell you that you’re wrong. Oh, so wrong.

During last night’s televised address, President Trump announced that he was reversing his longheld stance that America should pull out of Afghanistan and, instead, would send even more troops into the war torn country. Trump has been vociferously tweeting about Afghanistan for years now, so what could have spurred his change of heart?

Defense Secretary Mattis and national security adviser H.R. McMaster, both generals with extensive battlefield experience in Afghanistan, warned Trump about the consequences of withdrawal and cautioned that any move in Afghanistan would have ripple effects throughout the region.

One of the ways McMaster tried to persuade Trump to recommit to the effort was by convincing him that Afghanistan was not a hopeless place. He presented Trump with a black-and-white snapshot from 1972 of Afghan women in miniskirts walking through Kabul, to show him that Western norms had existed there before and could return.

Of course the notorious sexual abuser changed his mind when presented with photos of pretty women wearing short skirts.

During his speech the hypocritical commander also made a token nod to diversity – shortly after announcing he will boot all transgender troops out of the military and ban trans people from joining.

“The men and women of our military operate as one team, with one shared mission and one shared sense of purpose,” Trump said. “They transcend every line of race, ethnicity, creed, and color to serve together and sacrifice together in absolutely perfect cohesion. That is because all service members are brothers and sisters. They are all part of the same family. It’s called the American family.”

Maybe if all the transgender women in the military wore vintage mini skirts, Trump would change his mind.

Katie Sowers comes out as first lesbian coach in the NFL