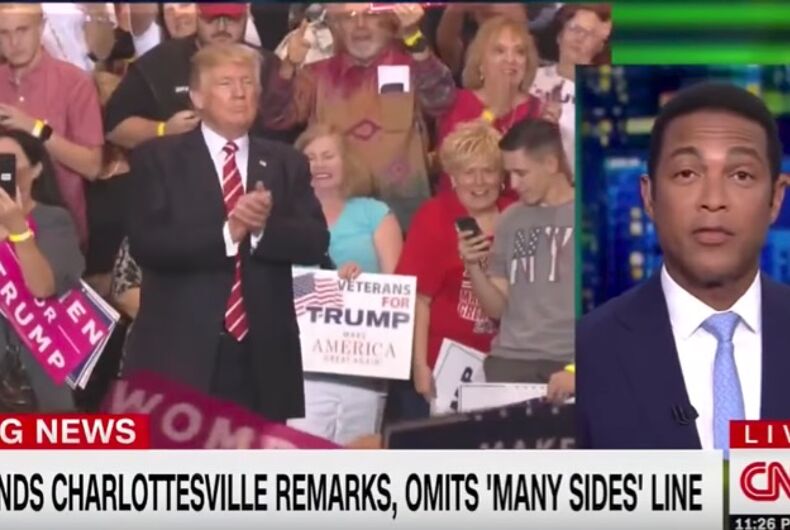 If you watched last night’s Trump campaign rally in Phoenix, Arizona, you witnessed the worst in American politics. Donald Trump, the man who claims he’s the “most presidential,” doubled down on his racist remarks after the Charlottesville neo-Nazi rally, suggested he would issue a pardon for disgraced Sheriff Joe Arpaio (best known for his nonstop aggression toward racial minorities who was convicted for ignoring a court order to stop racially profiling citizens), and ignored the deaths of ten sailors whose bodies were found the same day.

CNN host Don Lemon, in an unscripted moment immediately following the Trump rally, spoke for all of us when he tore into the speech, calling it “a total eclipse of the facts” and “without reason.”

Watch Lemon’s impromptu commentary on Trump’s speech below and remember you are not alone in your disgust with this president.