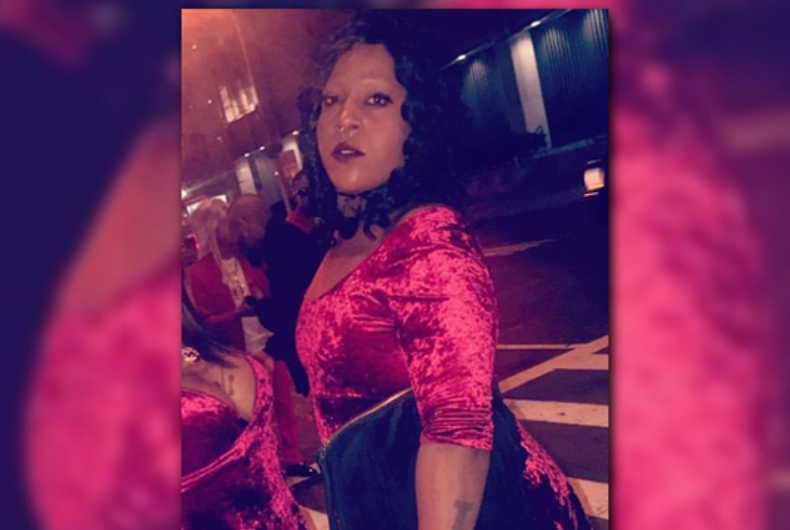 Davon Washington is in critical condition after being hit by a car. Photo: Screenshot/WUSA-9

Police in Washington, D.C. say a man who intentionally drove a car into a transgender woman has been arrested.

Metropolitan police Acting Capt. Anthony Haythe says the assault could still be ruled a hate crime, but authorities currently don’t have enough information to determine if it was bias-related.

Haythe says Anderson and the victim exchanged words before the vehicular assault, but the nature of that exchange is unclear.

Anderson has been charged with aggravated assault while armed. It’s unclear if he has a lawyer.

Haythe says authorities believe Anderson was the driver of the vehicle, but additional arrests could be made.

Repugnant congressional proposal would ban transgender healthcare for US troops