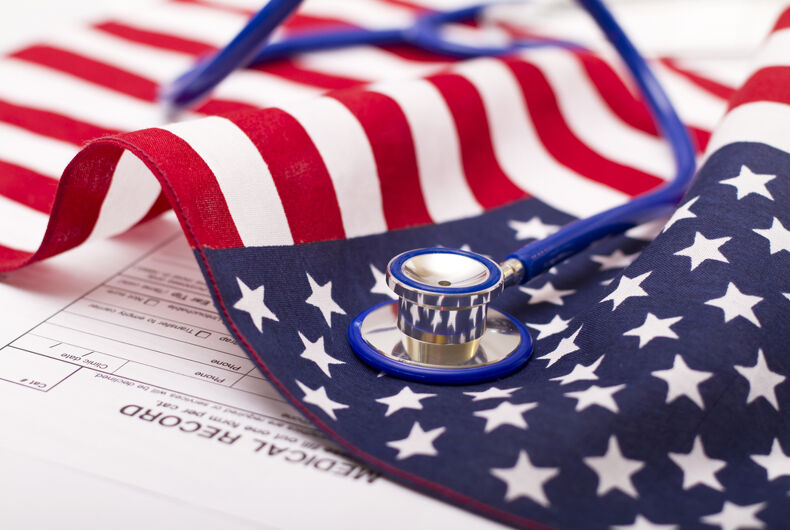 A Republican proposal to bar the Pentagon from paying for gender transition surgeries drew fierce opposition Thursday from Democrats who called it mean-spirited and discriminatory.

Rep. Vicky Hartzler, R-Mo., described the prohibition as a bid to ensure tax dollars are spent wisely. She said her amendment to a sweeping defense policy bill would end the Obama-era practice of requiring the armed forces to fund medical procedures that even most private insurance plans don’t cover and would cost more than $1 billion over the next 10 years.

Hartzler’s proposal would forbid money from being spent by the military’s health care system on gender reassignment surgery and hormone therapy. She said her amendment won’t prevent anyone from joining the military or receiving standard medical care, including mental health treatment.

The four-term congresswoman has been mentioned as a possible challenger to Sen. Claire McCaskill, D-Mo.

Transgender service members have been able to serve openly in the military since last year, when former Defense Secretary Ash Carter ended the ban. Since Oct. 1, transgender troops have been able to receive medical care and start formally changing their gender identifications in the Pentagon’s personnel system.

Defense Secretary Jim Mattis decided late last month to give the military chiefs another six months to conduct a review to determine if letting transgender people enlist in the armed services will affect the “readiness or lethality” of the force. However, the delay doesn’t affect transgender troops who already are serving openly in the military.

LGBT advocacy groups condemned Hartzler’s amendment. Ashley Broadway-Mach, president of the American Military Partner Association, called the proposal a “vicious attack on service members who are sacrificing so much and putting their lives on the line for our country.”