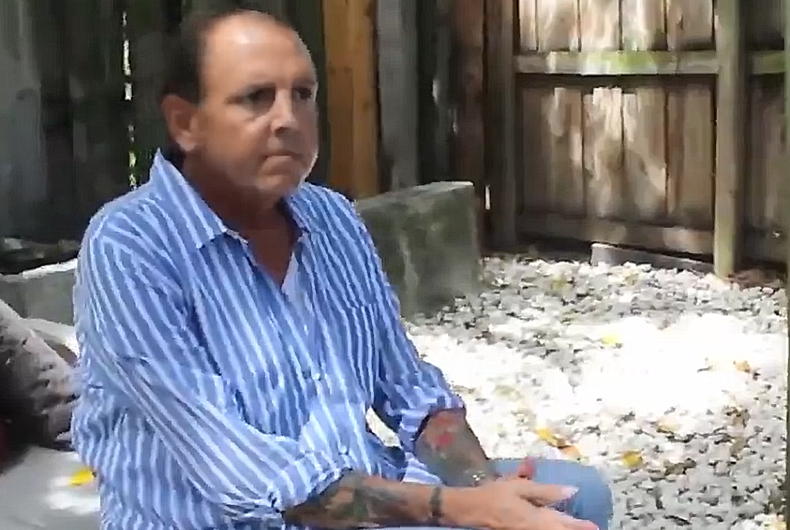 A hearing will be held on Monday for Fort Lauderdale’s Officer James Brinton after he identified a transgender woman as male on a reckless driving ticket.

According to police, Shelby Kendall, 48, was “drag racing” another car on a state highway one afternoon this past January, when Brinton pulled her over into a parking lot. While the officer was checking her license, registration, and proof of insurance, Kendall moved her car to let someone get into a space she was blocking. Brinton then ran up to the car, ordered her to get out, handcuffed her, and searched her car.

Brinton used a computer to prepare the ticket. The computer scanned Kendall’s license and automatically filled in parts of the ticket, including Kendall’s gender, which is listed as “female” on her license. Brinton later told Internal Affairs investigators that he thought that was a mistake, so he asked her why her license says she is female. She responded that that’s because she identifies as female.

“Well, for the purposes of this citation, you’re a male,” the police officer responded. He told investigators that he didn’t change the ticket back because it was already saved and printed.

Kendall says that she has worked hard to be identified as a woman by the state of Florida. “If I’ve done everything I need to do for the state of Florida to recognize me as a female, he doesn’t have a right to purposely mis-gender me,” she told the Sun Sentinel.

She filed a complaint with Internal Affairs, which recommended a letter of reprimand. He will also appear before the Citizens’ Police Review Board.

A Fort Lauderdale police spokesperson, in a statement, said that the department’s official procedure is to identify people with whatever is on their driver’s license, and that they will take “appropriate action” here. “I believe the department’s actions concerning the investigation before the Citizens’ Police Review Board clearly illustrates our commitment.”

Kendall does not dispute the fact that she deserved the ticket and says that that doesn’t mean that she shouldn’t be treated fairly. “I wanted to see change in the department in case other people experience the same thing.”