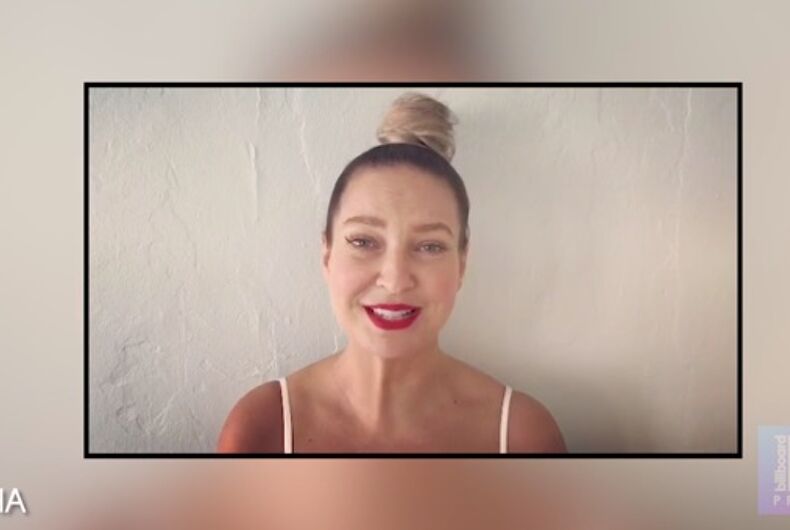 After President Trump announced his unilateral decision to ban transgender people from the military on Twitter this week, businesses, politicians, and celebrities have been speaking out in support of transgender civil rights.

Billboard and GLAAD teamed up for this message of defiance and love from some of the community’s biggest supporters – including pop singer Sia who leaves her famous face-covering wig behind to, quite literally, show her support.

Not a game: Trans military ban shows the world we cannot provide a unified front