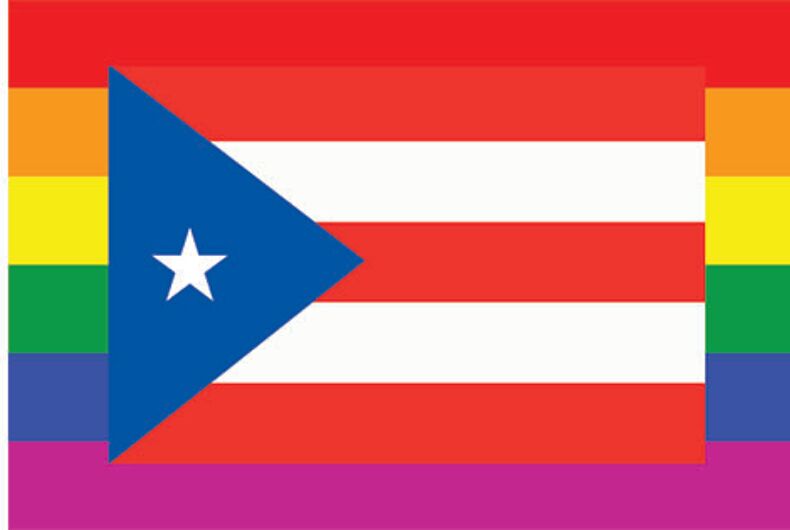 Puerto Rico’s governor has created the island’s first government advisory board to champion LGBTQ issues and protect the rights of that community.

Gov. Ricardo Rossello said Wednesday that he’s striving to make the U.S. territory more diverse and inclusive. He is leader of a party known for being socially conservative.

Rossello said the board will submit a progress report every six months.

Currently, as in all U.S. territories save for American Samoa, same-sex marriage is legal in Puerto Rico, although a marriage equality ban was briefly reinstated by an antigay district judge last year until a federal appeals court restored the right.

However, as the Washington Blade reported, Puerto Rico’s senate rescinded transgender protections this past April, making it illegal for transgender students and people who work in the island’s Senate to use the bathroom or wear clothing that corresponds to the gender with which they identify.

Transgender Puerto Ricans can legally change their gender marker on their driver’s licenses, although not on their Puerto Rico-issued birth certificates. They can change their names on those documents, however, according to the National Center for Transgender Equality.

The lawsuit, claiming the policy is unconstitutional, was first filed in April by Lambda Legal on behalf of two trans women, Daniela Arroyo González and Victoria Rodríguez Roldán, a trans man known as J.G., and the group Puerto Rico Para [email protected]

Lambda Legal argued in its complaint that Puerto Rico is violating the Equal Protection and Due Process clauses of the U.S. Constitution and the rights of transgender Puerto Ricans to free speech under the First Amendment.

“The ability to define and express one’s identity, and to have that identity respected by the government, is at the very core of our constitutional rights to individual liberty, dignity, and autonomy,” Omar Gonzalez-Pagan, a staff attorney for Lambda Legal, said in a statement.

“The ban endangers transgender people who have identity documents that don’t match who they are by putting them at greater risk for being ‘outed’ as transgender and increasing the likelihood of discrimination, harassment and violence.”

Who are our greatest allies? They’re not white

Gavin Grimm will finally have his day in court