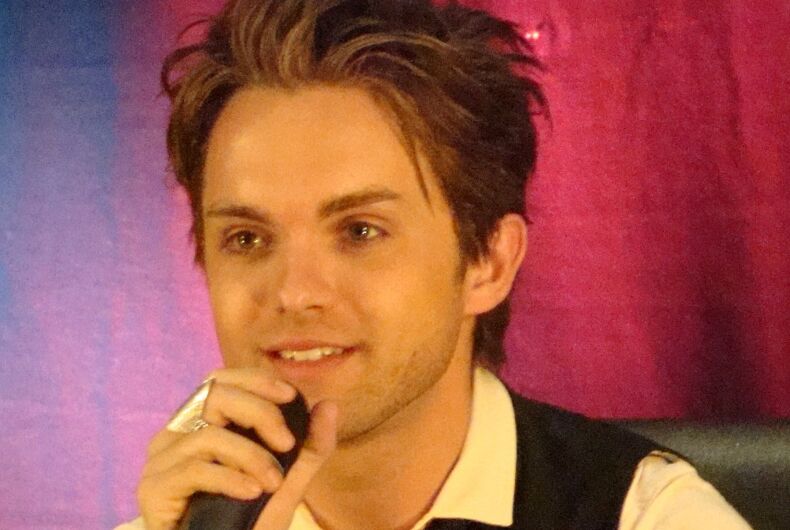 Thomas Dekker, who played Zach in the TV series Heroes and John Connor in Terminator: The Sarah Connor Chronicles, confirmed that he is gay and married.

On Twitter, Dekker wrote that he married his husband this past April and he “could not be happier.”

The statement is a response to screenwriter and producer Bryan Fuller, who received the Outfest Achievement Award last week. In his acceptance speech, Fuller described several instances where his attempts to put gay characters on TV were thwarted.

“I had a brief stint on Heroes where the gay character was het-washed after the actor’s management threatened to pull him from the show if he, the character, not the actor, were gay,” Fuller said during his acceptance speech. “The character remained straight, and the actor came out as gay.”

On Twitter yesterday, the actor pointed out that he never lied to the media about his sexuality, but that he has “not ‘officially’ until this moment” come out.

“I simply refuse to let be robbed of the glorious joy that belongs to me. To say the words myself. ‘I’m gay.’ Those words are a badge of honor that no one can steal.”

He went on to agree that it is important for famous LGBTQ people to come out, because it can “change minds, challenge beliefs, and make others feel understood and supported,” but stipulated that coming out is a “deeply personal decision” that can be made only “when you are ready.”