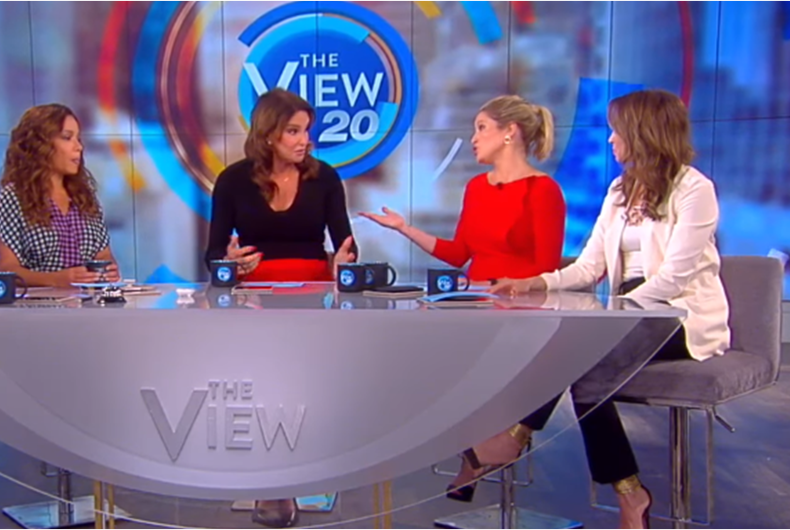 Caitlyn Jenner on The ViewPhoto: screenshot

Do you trust Caitlyn Jenner to be your advocate with the Trump administration?

The Republican transgender celebrity stopped by The View yesterday and made the dramatic claim that she has been having secret meetings with cabinet officials, but said she didn’t want to name any names.

Then she started spilling the beans, because “secret” means telling a national TV audience when you’re part of the Kardashian clan.

“I’ve been to the Department of Education,” she told the hosts. “I’ve been everywhere.”

She also added she has a scheduled meeting coming up with UN Ambassador Nikki Haley.

Bottom line: Caitlyn Jenner can’t keep a secret, let alone be a powerful advocate for our community. There’s more to political strategy and effective organizing than appearing on TV now and then and having a few meetings with people who won’t listen to you.