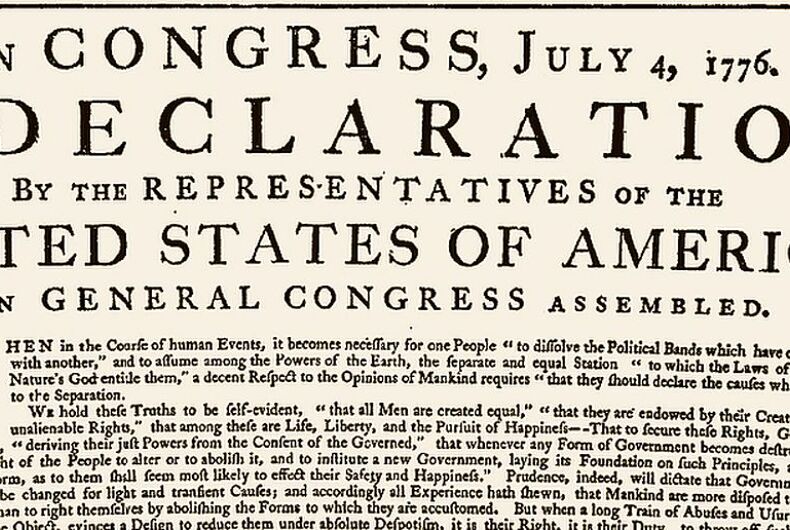 Every Independence Day for the past 29 years, National Public Radio has broadcast a reading of the Declaration of Independence. This year, when NPR tweeted out the historic document line by line, things got weird.

While the decontextualized tweets no doubt caused a number of Twitter users to scratch their heads until they put two and two together, some Trump supporters took the tweets as an attack on Donald Trump.

It is SO telling that @npr is tweeting our Declaration Independence… and Trump supporters think it's an anti-Trump tirade.

Another Twitter user with an American flag emoji next to their name said he thought the tweets foretold a dismal future for… NPR.

The self-described “blackballed journalist” went on to call the declaration “trash.”

Mills wasn’t the only “patriot” who seemed unfamiliar with the nation’s founding document.

Pls define who….are u referring to the Saudi prince?

Some went so far as to accuse NPR of trying to inspire an anti-Trump revolution.

So, NPR is calling for revolution.
Interesting way to condone the violence while trying to sound "patriotic".
Your implications are clear.

But, to their credit, D.G. Davies was willing to stand corrected.

Dave, what better lesson to learn than at the hands of your countrymen?
The DOI WAS a call for revolution. I took NPR out of context. …

“I took NPR out of context and had a stupid moment,” wrote D.G. Davies. “Never underestimate one’s capacity to learn. Sometimes it’s painful. But it’s valuable above pride.”

Texas Speaker: ‘I don’t want a suicide on my hands’ over bathroom bill