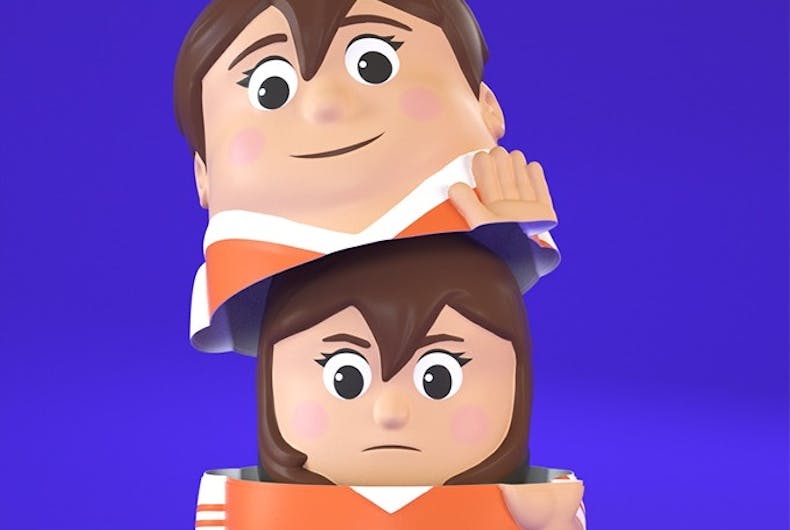 An organization, Gender Creative Kids Canada, is trying to get funding to produce a transgender, educational toy.

“Sam” is both a fictional trans boy and a set of stacking dolls. Each of the six stacking dolls represents a stage in his development, and a heart inside the smallest doll is supposed to represent the feelings on the inside.

Their Kickstarter page explains the meaning of each doll.

The smallest doll is “happy”: Sam is unaware that gender exists. Then he’s “exploring” gender identity through play. The next doll is “questioning” why he doesn’t fit in with cultural gender norms.

Sam is “conflicted” between his feelings and what others expect of him. The doll after that is “isolated” due to lack of acceptance. Finally, Sam is “supported” in the expression of his true self.

The organization wrote on their Kickstarter, “Play-based learning is not only accepted as one of the best ways to teach children but also creates natural opportunities for an adult to start a conversation about what it’s like to be assigned a sex at birth that does not correspond to how you feel inside.”

Their goal is to raise $137,500 Canadian (about $106,000 US) to produce a prototype and meet the minimum number required by their supplier to start producing the dolls. They have raised $17,735 Canadian so far.