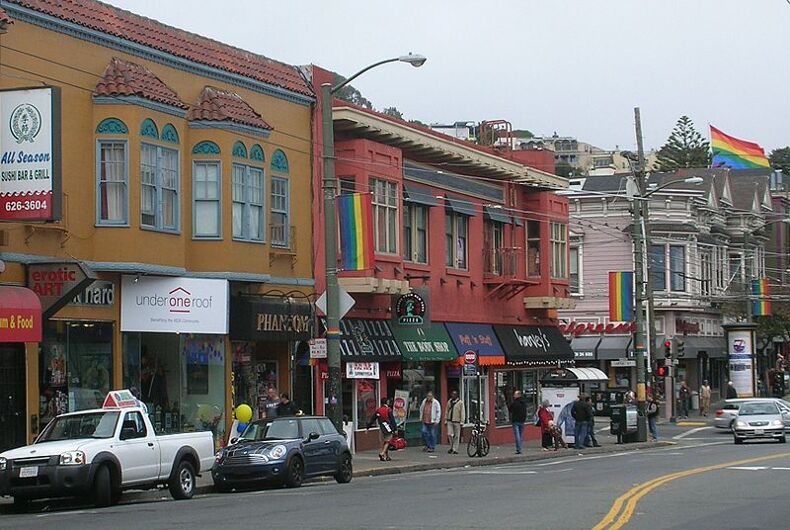 The Castro district in San Francisco.Photo: Artico2 via Wikimedia Commons

An Oakland man who professed sympathies to ISIS is facing federal charges, including attempting to support a terrorist organization, after telling an undercover FBI of plans for a series of attacks, including on gay bars.

Amer Sinan Alhaggagi talked of setting fires and passing out strychnine-laced cocaine at clubs, with a specific eye toward San Francisco.

Assistant U.S. Attorney S. Waqar Hasib said the communications began in July 2016, one month after the deadly shooting in the LGBTQ nightclub Pulse in Orlando. The shooter, Omar Mateen pledged support for ISIS, as well as other non-allied terrorist groups.

Hasib read from one of the messages in court: “‘I live close to San Francisco. That’s like the gay capital of the world. I’m going to handle them right. LOL,’ meaning laughing out loud. ‘I’m going to place a bomb in a gay club…I’m going to tear up the city…The whole Bay Area is going to be up in flames. My ideas are genius. LMAO,’ meaning laughing my ass off.’”

“There is a bit of a disconnect between Mr. Alhaggagi’s words and his actions,” Hanni Fakhoury, an assistant federal public defender representing Alhaggagi, said. She claimed his talk amounted to little more than “very stupid and very inappropriate and very disturbing puffery.”

“His plan was to blow up a car bomb at an unidentified gay nightclub in San Francisco and then place backpack bombs around the East Bay,” Hasib said. “He also took the undercover [agent] around the UC Berkeley campus and identified buildings, including dorms, where he wanted to plant backpack bombs.”

He also applied to the Oakland Police Department, apparently with a plan to steal firearms, and also began storing backpacks in a locker being monitored by the FBI, before he stopped communicating with the agent.