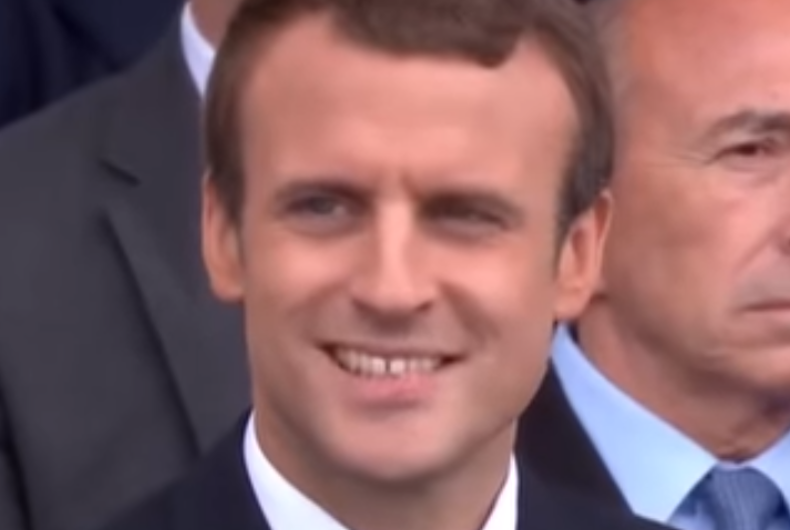 Thursday was Bastille Day in France, and Donald Trump happened to be in Paris. He attended the parade with French president Emmanuel Macron.

At some point the military marching band performed a medley of songs by French techno group Daft Punk that included parts of “One More Time,” “Get Lucky,” and “Harder, Better, Faster, Stronger.”

Donald Trump, who doesn’t have many interests outside of golf and white nationalism, was not impressed and performed his classic pout. Macron, though, was thoroughly enjoying himself.

Bastille Day celebrates the end of the French monarchy in 1789, when revolutionaries stormed a fortress and prison in Paris known as the Bastille. Today it’s basically the French equivalent of the Fourth of July and is celebrated with fireworks and parades.

Andrew Garfield is right. His gay comments were taken out of context