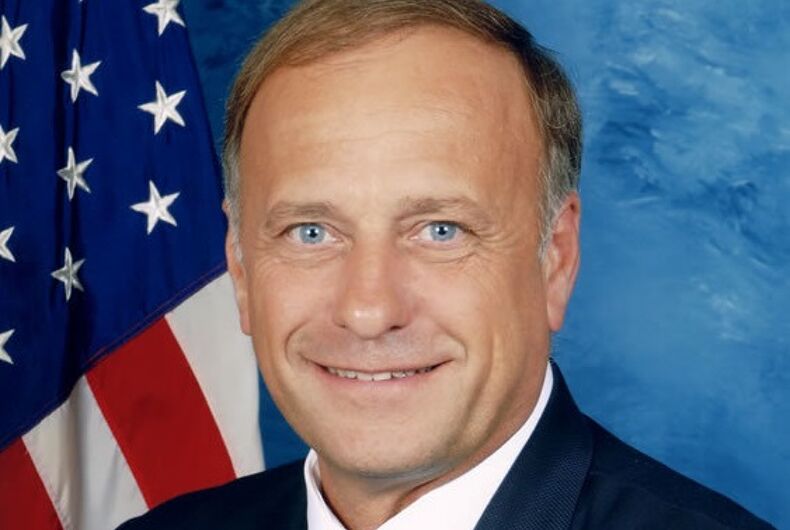 In his speech on the House floor this past week on a bill that would have prevented the military from covering medical expenses related to transitioning, Representative Steve King (R-Iowa) made a strange comparison.

Speaking about the Ottoman Empire, which occupied Turkey and parts of surrounding areas from the thirteenth to twentieth centuries, King said, “What they did in order to keep them from reproducing was that they did reassignment surgery on those slaves they had captured, that they had put into their janissary troops.”

The janissaries were an elite corps in the Ottoman military who, among other things, were forbidden from marrying, passing wealth on to their children, or growing beards. By the mid-nineteenth century, they were permitted to marry and have children.

And the janissaries were not castrated. This is just a common modern myth.

King went on. “And that reassignment surgery was they took them from being a virile, reproductive male into being a eunuch. That’s a lesson of the military — the Ottoman military — from two, three, 400 years ago.”

Besides being false, his comments make no sense in their own terms. The janissaries were elite soldiers, feared in Europe for centuries. If he thinks that they had “reassignment surgery,” then… doesn’t his story prove that “reassignment surgery” is good for military readiness?

Moreover, by equating forcible castration to sex reassignment surgery, King shows once again that Republicans don’t understand the concept of consent. Performing any surgery on someone who doesn’t want it or need it is terrible, but that doesn’t mean that surgery itself is terrible.

King went on to say that transgender people will join the military just to get free health care. “And today, we’re here thinking somehow we’re going to make the military better by letting people line up at their recruitment center who have planned that they want to do sexual reassignment surgery, know that it’s expensive, and believe ‘if I can just get into any branch of the United States services — to the Army, the Navy, the Air Force, the Marines; maybe become a Navy SEAL — and then submit to sexual reassignment surgery and then go from a man to a woman.'”

As if no one has ever joined the military for benefits like health care, a salary, housing, or citizenship. Even the military’s own recruitment website touts pay and benefits.

If he is actually worried that people will join the military just to get health care, then he should be trying to make health care better for civilians. It goes without saying that he’s doing the opposite.