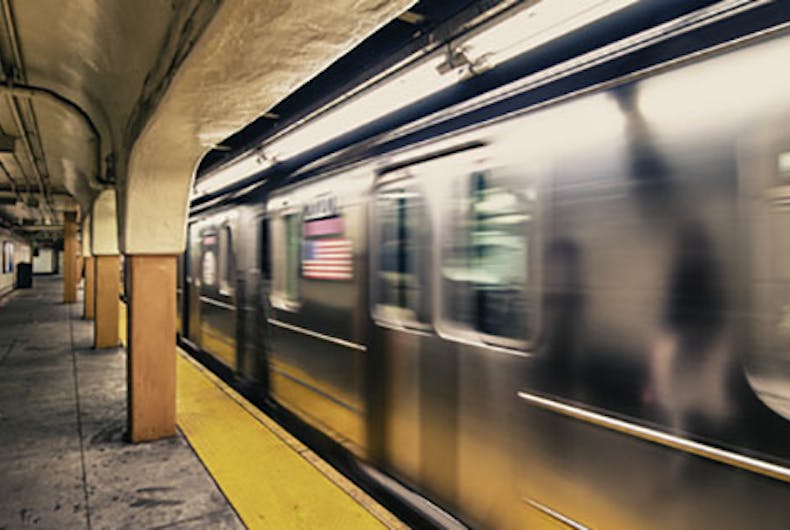 A grand jury in Brooklyn indicted a man on hate crime charges for the assault of a lesbian subway rider that left her with a concussion, fractured nose, a broken eye socket and multiple deep cuts which required eight stitches.

Prosecutors say when Antoine Thomas, 27, boarded the downtown Q train at Union Station in Manhattan on May 21st, he sat next to the victim and her girlfriend, and started shouting homophobic slurs at them. PinkNews reported he called them dykes and faggots.

“Brooklyn is a model of inclusion and diversity where bias and bigotry will not be tolerated,” acting District Attorney Eric Gonzalez said in a statement. “This defendant’s alleged actions were an attack on everyone’s right to be who they are, and to love whom they choose.”

The women attempted to get the man to calm down by talking with him but prosecutors say his behavior only became worse. He allegedly aggressively bumped into their bodies when the train came to a stop, then punched one in the face, knocking her unconscious.

Thomas allegedly ran from the train but was apprehended by New York City Transit Police at the DeKalb Avenue station. He was arraigned Monday, reported WPIX-TV, and if convicted of a hate crime, he could be sentenced to 15 years behind bars.

The victim, 24, was treated at Methodist Hospital. Her condition is not known but she is said to be recovering.

Thomas is due back in court Sept. 8th.

An LGBTQ Declaration of Independence