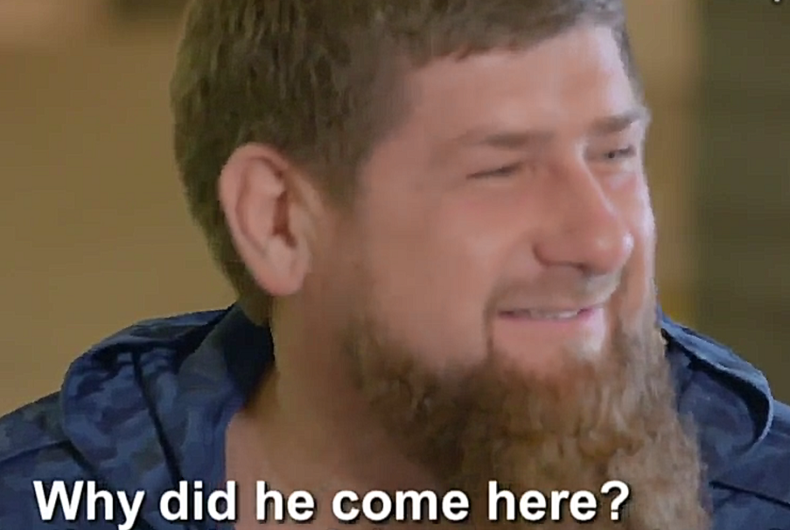 Kadyrov’s initial response is to laugh. “Why did he come here?” he asks, referring to Scott. “What’s the point of these questions?”

In April, the Russian newspaper Novaya Gazeta reported that around 100 gay and bisexual men were being held in secret detention sites. A spokeperson for Kadyrov initially commented that there are no gay men in the country and encouraged Chechens to kill LGBT family members.

With this interview, we now know that Kadyrov himself believes that there is nothing wrong with killing gay people.

“They are devils. They are for sale. They are not people,” Kadyrov added about gay men. “God damn them for what they are accusing us of. They will have to answer to the almighty for this.”

Kadyrov’s regime has been accused on multiple occasions of assassinating journalists and whistleblowers.

To summarize: 1) killing gay people is a laughing matter, 2) there are no gay people in Chechnya so there can’t be anti-gay detention sites, and 3) Chechnya would be purified if they could get rid of gay people.

The full interview will air on Tuesday.

Netflix Portugal’s translation of ‘Sashay away’ is downright shady