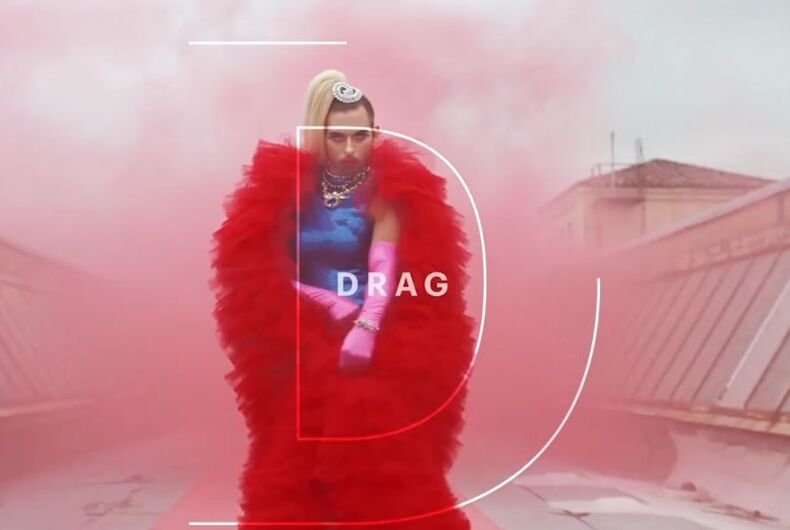 To celebrate Pride, and the diversity of the LGBTQ community, Equinox created a short artistic film called “LGBTQAlphabet: Six Letters Will Never Be Enough.”

“We’ve spent the past few years pushing deeper into the notion that ‘what you commit to is who you are,’ and this film is a through-line for us, empowering viewers to find their own ways of expressing all the color, variation and realness inherent in one’s identity,” said Elizabeth Nolan, executive creative director at Equinox, in a release. “Equinox has always empowered the community to be proud and unapologetic about who they are, but this year, we wanted to make an even more meaningful contribution to a cultural dialogue that is being written before our eyes. With the help of The Center, we were able to bring this vision to life in a way that feels simultaneously brave, authentic and celebratory.”

The film features both beautiful movements and touching personal narratives for each letter of the alphabet, in which people express their pride in who they are.

“The Center is proud to partner with Equinox once again this year for Pride in celebration of the wonderfully intersectional and diverse community we serve,” said Glennda Testone, Executive Director of The Lesbian, Gay, Bisexual & Transgender Community Center. “Our community’s deepest expressions of identity are perfectly positioned to shine through in this campaign, and we applaud Equinox for being inclusive of the many unique voices that make our community—and our country—so vibrant.”

But some viewers are criticizing the campaign for failing to include asexual folks. The fact that the letter A went to “allies” is adding to the frustration.

“This is so freaking beautiful — but how dare you take away a letter from our community and give it to ‘Allies,'” Jade Oscar wrote on Facebook. “A is for the asexual and aromantic communities who are SO often forgotten. This is a real shame. Ace erasure is messed up.”

Some said they had high hopes for the video, but were instead faced with an all-too-familiar erasure.

“Yeah not here for this ally-nonsense. One of the biggest reasons why I don’t feel like I belong to the LGBTQA community is my asexuality,” Silja Nieminen  explained. “Usually these kinds of videos don’t affect me much but this time, after reading the description, I really had my hopes up. And even though the video has other words I identify with, seeing that first letter be A for ally and not asexual hit me really hard. This isn’t for me cos allies matter more.”

But not all asexual folks were bothered by the oversight.

“Okay… I’m asexual and I don’t give two craps that they used A for “ally.” I’m well aware of who I am and I don’t need anyone to acknowledge me or include me in a group of people for me to still be me. I have not been “erased” simply because my very specific brand of sexuality (or lack thereof) wasn’t included in an artfully well done video,” Kristen Fallis wrote. “This video is beautiful and brings a lot of attention to many groups of people who are ostricized and hated on simply for being different. I can love this for what it is, even if I wasn’t a part of it. The LGTBQ community would not have accomplished nearly as much as it has without the help of allies. They helped build the community. That makes them a part of it. I’m glad they were included.”

What’s your take? Watch the video below and let us know in the comments.