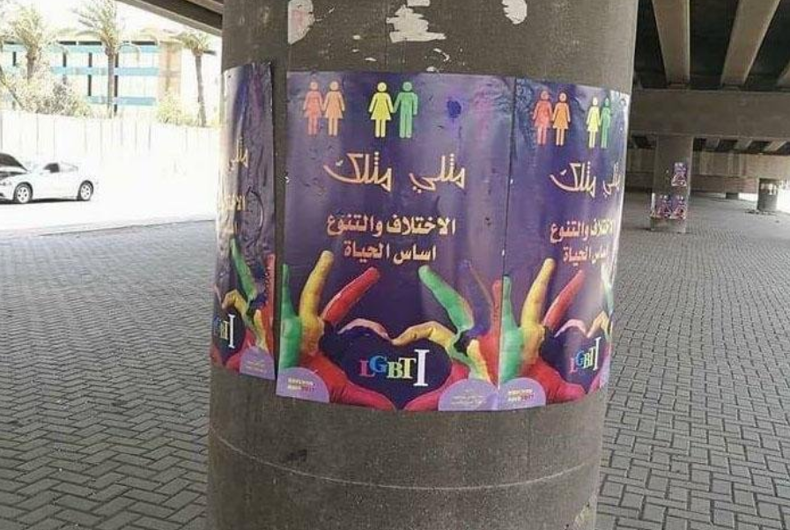 Posters that say “Like me, like you. Differences and diversity are the basis of life” have been put up in the city of Baghdad.

LGBT Poster in #baghdad #iraq. t
Translates to like me like you. Differences and diversity are the basis of life. pic.twitter.com/EKgs2pNCkF

While images of the posters circulate social media, it is unknown who put them up.

Ayaz Shalal, who works for Rasan, an organization that works for LGBTQI rights in Iraqi Kurdistan, told Gay Star News that he was “personally impressed” with the posters. “I am personally very impressed by those who did the posters, and I support them all the way to the end.”

While homosexuality is not banned by Iraqi law, disseminating material that “violates the public integrity or decency” can be punished with jail time and fines. Also, violence against LGBT people from non-government actors like ISIS remains a problem in Baghdad.

Oregon recognizes a third gender on drivers’ licenses, and more