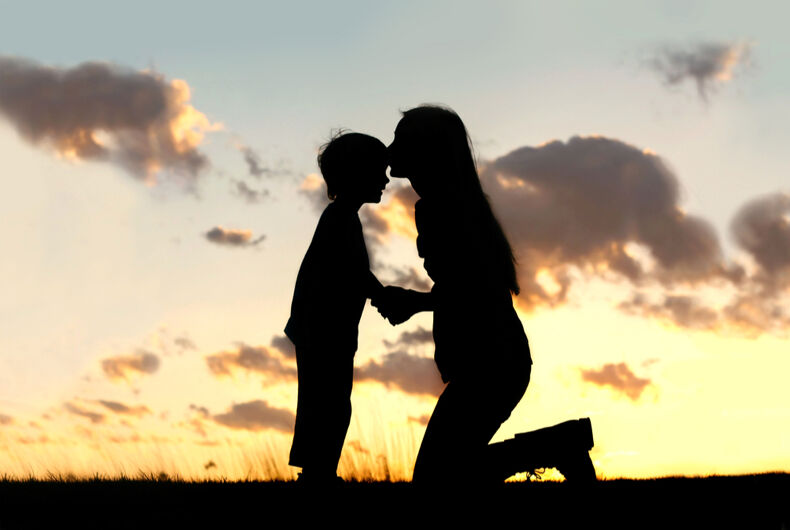 A lesbian is asking the Mississippi Supreme Court to recognize her as a legal parent of a child born during her marriage to a woman.

Chris Strickland filed an appeal Thursday, arguing a lower court was wrong to rule in her 2016 divorce that only her ex-wife is the legal parent of the child.

Strickland and Day chose to have the child while they were married; both women were tested for fertility and they decided Day would carry the pregnancy. Court papers say no father is listed on the birth certificate, and the baby boy was given Strickland’s last name.

“The women sent out birth announcements that read: ‘Hatched by two chicks. Chris and Kimberly proudly announce the birth of their son,'” according to the appeal filed Thursday.

Strickland said in an interview that she and Day have shared responsibilities in raising their son, who is now 6. Under the terms of their divorce, the boy lives with Day and stays with Strickland every second weekend and several weeks each summer.

When they divorced, Rankin County Chancery Judge John Grant wrote that both women could not be legal parents and: “The court is of the opinion the natural father is (the child’s) father.”

Beth Littrell of Lambda Legal Counsel, one of the attorneys representing Strickland, said Strickland is seeking the same legal recognition as a parent that courts in some other states already grant to opposite-sex couples who divorce.

She noted that when another lesbian couple sought a divorce in Mississippi, two of the state’s Supreme Court justices wrote in November 2015 that the U.S. Supreme Court had overreached its authority months earlier with a ruling that legalized same-sex marriage nationwide.

Strickland said her legal fight could have broader implications for other parents from same-sex relationships: “It’s not going to be just for me. It’s for anybody who’s in my shoes.”