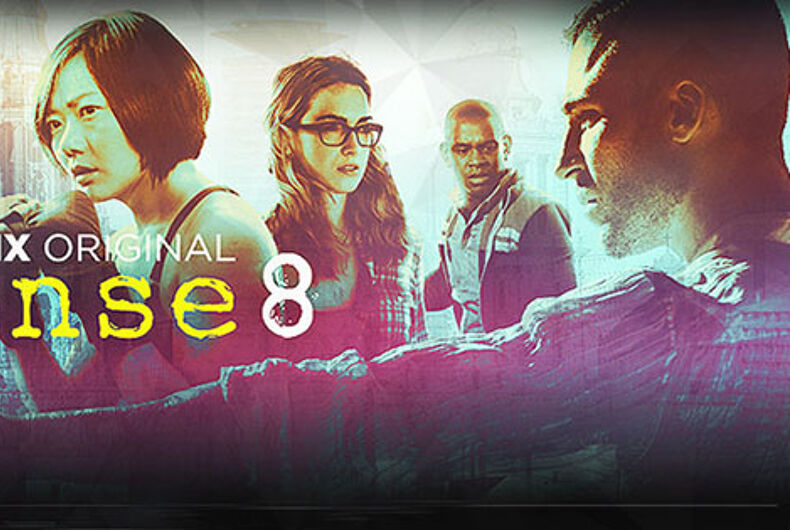 After two seasons, Netflix pulled the plug Thursday on its most epic, ambitious and megabudget ensemble drama, Sense8.

The writing had been on the wall, with the streaming service on a cancellation binge and its own founder and CEO telling reporters Netflix didn’t cancel enough series. One of the quirky series stars even launched a Twitter campaign that trended, #renewSense8, in hopes of saving the show.

RELATED: Meet the cast of Sense8 at the season 2 premiere.

But at $9 million per episode, the “cluster” of eight unusually gifted and connected characters dreamed-up by Lana and Lilly Wachowski has been abandoned.

Thank you for being a part of our journey. Sensates forever. pic.twitter.com/SClwiY3rwy

Brian J. Smith, the actor who played Will, was among the cast members tweeting their thanks. It was Smith who started the #renewSense8 bandwagon, to no avail.

You guys are so awesome. Your messages have gotten me through the last few days. Sending my love from Chichester. Yes I'm blonde now lol pic.twitter.com/DrS8x1eXTm

💔 #Sense8 will live on through YOU. Get out there and LOVE, VISIT, LEARN, SHARE, VOLUNTEER AND FIGHT FOR EACHOTHER & THIS BEAUTIFUL WORLD. https://t.co/wzWmbyKltx

“After 23 episodes, 16 cities and 13 countries, the story of the Sense8 cluster is coming to an end,” Cindy Holland, Netflix’s vice president of original content, said in a statement to the Hollywood Reporter.

It is everything we and the fans dreamed it would be: bold, emotional, stunning, kickass and outright unforgettable,” she continued. “Never has there been a more truly global show with an equally diverse and international cast and crew, which is only mirrored by the connected community of deeply passionate fans all around the world.

That passion remains alive, despite the cancellation, in the form of a petition to bring back the series, which now has more than 226,000 signatures.

Smith addressed those trying to revive the series in another tweet, addressing the two biggest obstacles: not enough eyeballs and too much money to produce. Those multimillion dollar episodes were shot in eight countries all over the globe.

You all are putting up an incredible fight. We hear you and it's so moving. But not enough people watched the show and it's $$$ to produce. https://t.co/FXUvlQFzBc

The timing of the cancellation — on the first day of Pride — was not lost on the series’ legion of LGBTQ fans. Sense8 featured Miguel Ángel Silvestre as a gay actor, Lito Rodriguez, struggling with the fear and eventual joy of coming out, and a lesbian couple played by Clayton — who is transgender herself — and Freema Agyeman, who plays Amanita Caplan.

Bad Move Example: Cancelling #Sense8… on the first day of Pride Month. I would very much like this show renewed, please & thank you.

Given the show’s inclusive casting as well as the fact that transgender film icons the Wachowskis were behind it, Variety’s chief TV critic raised the question, whether Sense8’s cancellation was part of an anecdotal pattern she’d been tracking in Hollywood, moving away from inclusivity.

The Wachowskis' #Sense8 championed identity, gender and cultural representation, and a message of acceptance: https://t.co/WpIORWo0LU pic.twitter.com/0Qlu6fBr4T

…This recent spate of cancellations still worries me, I must admit. Especially in these troubled times, when it’s more important than ever to reinforce views of America that are forward-looking, inclusive and tolerant. I do know that there are men and women in this industry who care deeply about these matters. I often wonder, frankly, if there will ever be enough of them to counteract the entrenched pressures that led to decades of lingering inequality.

We may never know if Maureen Ryan is correct, just as fans might never learn what happened to Will, Riley, Nomi, Lito, Wolfgang, Sun, Capheus, and Kala — and the evil sensate named Whispers — as season two ended with a very rushed finale that brought together most of the cast in one location, but left fans wondering, now what?