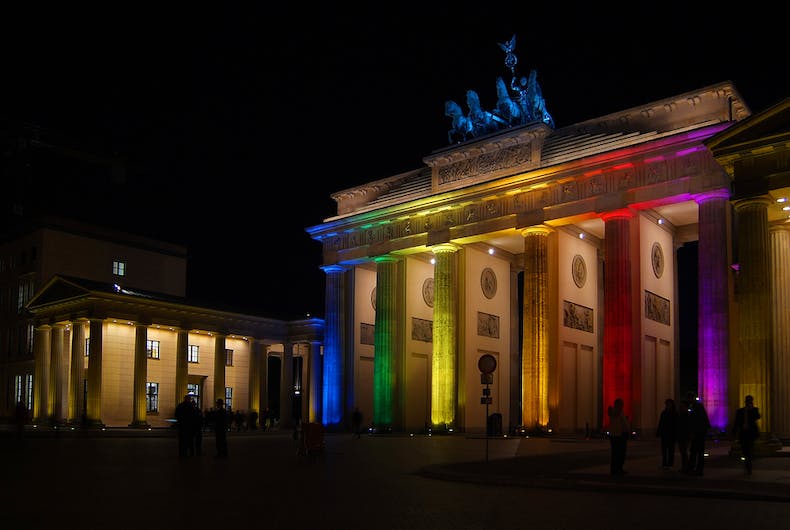 The Brandenburg Gate lit up in rainbow colors.Photo: Shutterstock

The German Parliament plans to vote Friday on whether to legalize same-sex marriage — only days after Chancellor Angela Merkel backed off her conservative party’s long-standing refusal to budge on the issue.

The German news agency dpa reported Wednesday the Parliament’s legal committee had given its OK for the vote to take place Friday.

Merkel surprisingly said Monday she could see lawmakers making the issue a “decision of conscience,” voting according to individual preferences rather than along party lines.

Her comment came ahead of Germany’s Sept. 24 election in which all of Merkel’s potential coalition partners, including the center-left Social Democrats of her challenger, Martin Schulz, are calling for same-sex marriage to be legalized.

Germany has allowed same-sex couples to enter into civil partnerships since 2001.